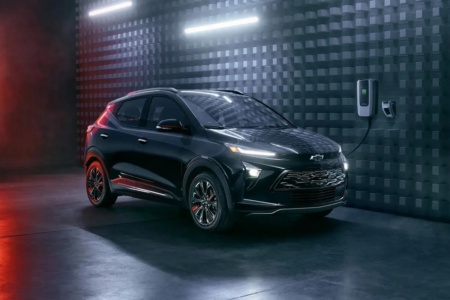 It is no secret that the global energy crisis and the rise in the cost of fossil fuels have made electric vehicles much more attractive than ICE vehicles. And while Tesla and other manufacturers are raising prices for electric vehicles amid unprecedented growth in demand and significant inflationary pressure in raw materials and logistics, because “affordable price has always been a priority for these vehicles.”

How notes The Verge, dealers are raising prices on some new electric vehicles, especially those in high demand such as the Ford F-150 Lightning, GMC Hummer EV and Kia EV6. This caused a wave of negativity and customer dissatisfaction and forced automakers to retaliate. However, the Chevy Bolt and Bolt EUV have not been affected much so far.

Recall that the original Chevy Bolt was released back in 2016. At that time, the C-class hatchback was one of the greatest representatives of electric cars and was in demand. It received a minor range upgrade in 2019, with the debut of the new Bolt EV model and Bolt EUV electric crossover in 2021.

The high price was perhaps the biggest drawback of the Chevy Bolt and Bolt EUV – especially after GM sold its 200,000 electric car in the US in 2019, which led to the tax credit being phased out. Now the company is no longer eligible for the rebate, and efforts to revise the Congressional initiative have ground to a halt.

In early April, GM resumed production of the troubled Bolt, and today’s price cut announcement indicates that the company is keen to find new buyers for its compact electric vehicle. Bolt EV and EUV 2023 orders are expected to start accepting as early as July. And we will look forward to the new Chevy Bolt and Bolt EUV in Ukraine.

Prices for electric vehicles are rising on the back of changing market conditions and rising prices for goods, in particular for raw materials for the production of batteries. Battery prices have been declining for years, but some experts predict that a sharp increase in the price of the minerals from which batteries are made could push cell costs up to 20% over the next few years.

Pokemon Scarlet and Violet: from the new Legendaries to the co-op, there are many news!