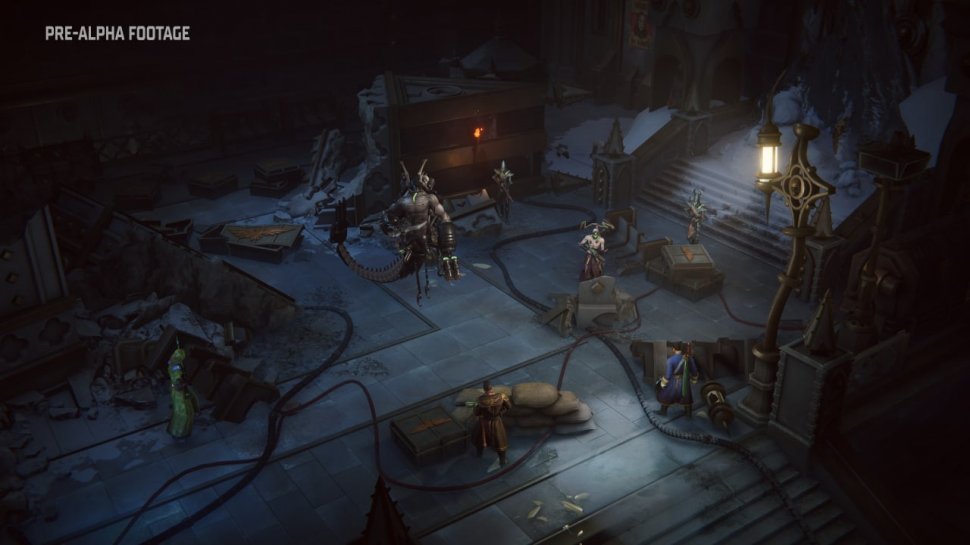 There are now numerous games set in the popular Warhammer 40,000 universe. These are in different genres such as first-person shooters or real-time strategy. However, many fans have been asking for one for a while now appropriate role play. That request has since been heard, OwlCat Games has Warhammer 40,000: Rogue Traders announced.

What is Warhammer 40K: Rogue Trader about?

Those familiar with the Warhammer universe should immediately sit up and take notice when the name sounds: you slip into the role of a so-called rogue trader and roams the worlds of the great empire. These rogue traders are very powerful traders and conquerors. The character you embody is one of the Emperor’s negotiator and has a ship that is as imposing as it is powerful. With this he breaks into the sector “Coronus Expanse” which is located on the outer edge of the empire and is considered to be very dangerous.

This is an ideal foundation for an RPG adventure and should have some potential. The developers of OwlCat Games promise a great deal of freedom of choiceexciting stories without a linear course and as well interesting and important NPCs. A first trailer can also be seen.

When will Warhammer 40K: Rogue Trader be released

So far there is none specific release date for Warhammer 40,000 Rogue Traders. The development appears to be at an early stage so far published screenshots come from a pre-alpha version. However, the project is in good hands, because OwlCat Games has already impressively proven with the Pathfinder games that they the RPG genre master well. The game will be released for PC and consoles.

The Big Con: Grift of the Year Edition available now

Video: Sleight of hand and a bit of cheating in the release trailer for the Card Shark card adventure