Spider-Man in the treasure trove of images: The game looked so awesome on PS4

Playstation and PC – this is a friendship that was considered impossible for a long time. But today we know better and more and more big Playstation games are finding their way to the PC. First the ports of Horizon and Days Gone. Then the first-rate implementation of God of War. And Uncharted 4 is already knocking on the door. It was only a matter of time before Marvel’s Spider-Man made the big leap to the PC. Now the cat is out of the bag: Insomniac’s hit will actually hit the calculator of your choice on August 12th – and PC gamers will finally get one of the best superhero games of all time. Of course, the action-adventure has its problem areas here and there: the somewhat monotonous side tasks, the fights that are too long, or the manageable game world. But the bottom line was that they were all blunders that didn’t really bother me while playing.

What I remembered better: The wonderfully smooth controls, a lively Manhattan, excellently hit characters, a successful story – and these graphics, which amazed me again and again. After games like GTA 5, Witcher 3 and Red Dead Redemption 2, the bar for open world games is damn high. But Insomniac has a near perfect look for Spider-Man in my opinion (buy now €20.00) found, which hardly affords any weaknesses: The atmospheric lighting of the lively city backdrop, these sparkling clean animations and the expressive faces of the characters, who really manage to convey every nuance of the story in a credible way – if there were any blemishes somewhere, I wouldn’t have noticed them . My absolute favorite of the game is Dr. Otto Octavius, who evolves into the infamous Doc Ock as the game progresses. His character and his painful transformation are first class for a video game. As good as in the great Sam Raimi film adaptation? contentious. But what Insomniac delivers here is great – and other superhero games can learn a few slices from that. 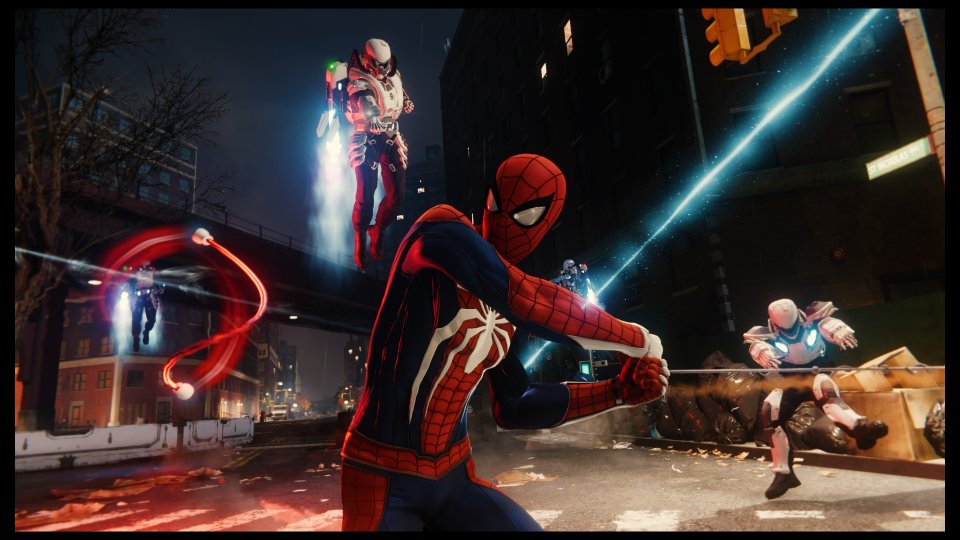 And what’s the best thing about the graphics? For me, as so often, the photo mode. I was already enthusiastic about snapping virtual photos for the outrageously chic God of War, and you can see the result in this special. But even with Spider-Man, I spent way too much gameplay trying to put Spider-Man in perspective. And I was playing the game on a perfectly normal PS4 (jet fighter fan included) back then! Not on a Pro or even a PS5, where the game looks a whole lot nicer thanks to ray tracing. If you are interested, you can have a look at a selection of my favorite pictures here in the gallery. By the way, this is also a great opportunity to review the game again! Oh, and if you don’t know the game yet, here’s one big fat spoiler alert.

As a reminder: Marvel’s Spider-Man was released exclusively for PS4 in 2018, followed by the successor Miles Morales for PS4 and PS5 in November 2020, with the latter also receiving a remastered version of the previous game. As revealed at the jam-packed State of Play, this same remastered edition is now coming to PC. The graphically revamped version will be released on August 12, 2022 on Steam and the Epic Games Store, including DLCs. The very good Miles Morales campaign is also scheduled to follow later in the fall.