“We are working to make life interplanetary”: Elon Musk shared a mini-presentation on the achievements and plans of SpaceX – among other things, he mentioned 15 thousand Starlink terminals transferred to Ukraine – Aroged 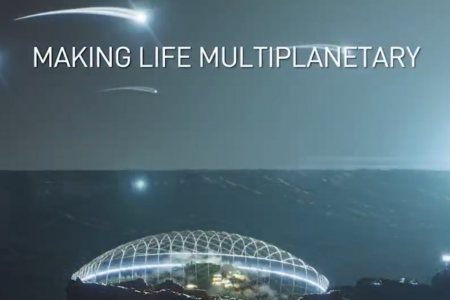 Last week, SpaceX CEO Elon Musk made a presentation on the company’s main achievements and plans for the near future. The businessman posted on his Twitter a short video with key presentation slides. Here are the main theses.

SpaceX has increased its launch frequency to a record high and is now averaging one launch per week. In 2022, the American company, which is the undisputed leader in putting cargo into orbit, has every chance of making 60 launches against 31 in 2021. The company also reduced the interval between launches of the same Falcon 9 rocket to 21 days. A single SpaceX plans to launch the same Falcon 9 power twice a day. Overall SpaceX statistics as of June 2022: 160 successful launches, 122 successful first stage landings, and 98 booster reuse missions. SpaceX is planning at least four Falcon Heavy launches in 2022, including a mission to study the metallic asteroid Psyche, which last launched in June 2019.

May 31 marks exactly 10 years since the completion of COTS Demo Flight 2 (COTS 2), the first Dragon spacecraft mission to the ISS. Today, SpaceX has a reusable fleet of Dragon 2 spacecraft capable of manned and cargo missions to the ISS. On April 25, the Crew Dragon Ax-1 crew returned to Earth, the first SpaceX and Axiom tourist mission to the ISS. Due to unfavorable weather, they spent 15 days at the station instead of the planned 10, and therefore the launch of Crew Dragon-4 was postponed from April 23 to April 27. In the fall, SpaceX plans to carry out the next rotation of the ISS crew as part of the fifth Crew-5 operational mission and another tourist flight, during which the crew will not get to the ISS, but will be able to go into outer space.

The third anniversary since the launch of the first constellation of Internet satellites Starlink version 0.9, launched into orbit in May 2019. As of the end of May, Starlink already has about 500,000 users in 32 countries around the world. At the same time, SpaceX has been able to expand satellite internet to both aircraft and cars (1 and 2). Ukraine received 15,000 terminals with a free tariff plan. SpaceX has moved into production of the next generation of Starlink V2.0 satellites intended for deployment with Starship.

Back in 2002, starting his career in private astronautics, Elon Musk formulated the main goal of SpaceX – the colonization of Mars and the transformation of humanity into an interplanetary civilization. In his opening speech, the head of SpaceX once again mentioned the main mission. Since then, Musk has constantly reminded of this at every opportunity. And now he once again reminded of the main mission.

It also enables us to backup the biosphere, protecting all life as we know it from a calamity on Earth.

Humanity is life’s steward, as no other species can transport life to Mars. We can’t let them down.

By making life multi-planetary, we expand the boundaries and scales of consciousness. It also allows us to back up the biosphere and protect all life we ​​know from harm on earth. Humanity must be in charge of its own life, because no other species is able to transfer life to Mars. We cannot lift them. Some people hate humanity, but I love it. That is why we must expand the scope and scale of our consciousness in order to find out the answers to the main questions of the universe.

The video contains footage of the tail section of the Super Heavy B7 super-heavy launch vehicle being replenished with the latest Raptor 2 engines. It is the B7, along with the Starship S24 prototype, that are destined for the first orbital flight, which is still scheduled for the summer of 2022. Also in the video you can see a ball of new renders – with the deployment of Starlink V2.0 satellites (two in a stack) and the future view of the Starship production and launch complexes at Starbase in Texas and Cape Canaveral in Florida.

Mission to Mars. What Elon Musk said at the presentation of the SpaceX Starship interplanetary spacecraft