How informs Associated PressOn Monday, President Joe Biden ordered emergency action to boost supplies of key commodities to US solar producers. First of all, these are solar panels, which are massively imported from China and other countries of Southeast Asia. The most important item on the list of emergency measures was the removal of tariffs on solar panels for a period of two years. 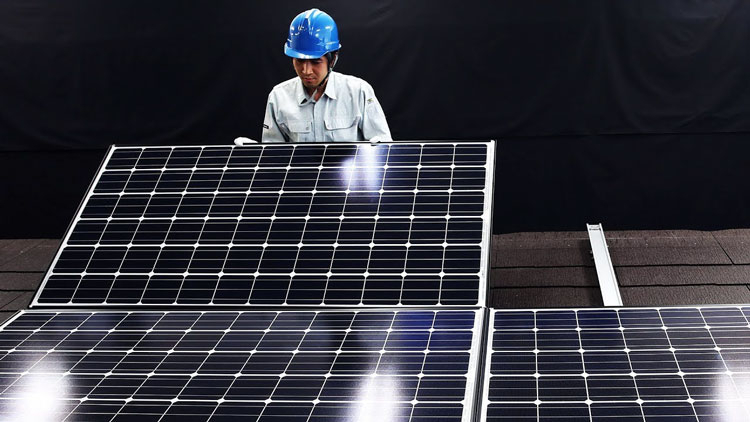 Currently, it is unprofitable to produce solar panels in the USA. For example, the Japanese Panasonic closed the corresponding business in 2020 and it is not alone. It’s hard for the locals too. Protective tariffs on solar panels from China and other Southeast Asian countries could partly help stimulate the establishment of solar panel production in the United States, but keeping the cost of panels within reasonable limits there was and remains almost unrealistic.

This spring, the US Department of Commerce launched an investigation into solar panel suppliers from Thailand, Vietnam, Malaysia and Cambodia. There were suspicions that these countries are selling Chinese-made panels under the guise of their own products. Chinese panels are subject to duties of up to 200% in the US, and there are probably very few or no other panels on the market. Thus, projects for the deployment of solar power plants in the United States came under the threat of freezing: panels cannot be obtained from China, and neighboring countries may have started reselling these products from China, which the US authorities are trying to fight.

The Biden administration regarded the current situation as a threat to national security. On Monday, Biden took advantage of a rare tool: the Defense Production Act. This Law is resorted to in critical situations in order to overcome this or that crisis (manual regulation, overcoming bureaucratic obstacles, etc.). Recently, for example, Biden used the Act to bring emergency infant formula into the US, and in early spring used the tool to gain access to sources of lithium.

The US President used the right to use the Defense Production Act to remove tariffs on the import of solar panels into the US from Thailand, Vietnam, Malaysia and Cambodia. This will slow down the investigation of the US Department of Commerce or even stop it for this period. In fact, the US authorities decided to turn a blind eye to the possible source of origin of solar panels – China – and made it possible to continue developing solar energy in the country without a sharp blow to the pockets of local producers and consumers.

It is interesting that in Europe they plan to take a different path. One of the measures for the development of solar energy in the EU involves a significant increase in duties on imported solar panels, which can help in the development of local production of these components.

Splatoon 3: Direct announced, date and time of the event

Gamescom 2022 conferences, dates, times, games and news: everything you need to know

Berserk will continue, it's official: Kentaro Miura's manga will have a conclusion