30 Years of Kirby: From Placeholder to Great Hero

Shape Language is a fundamental technique in design. Sounds complicated, but it works very simply: People associate different qualities with different shapes, just like with color tones – red is lively and aggressive, for example, blue is calming. Most objects in the world can be broken down into simple basic shapes, and the same is true for characters in video games.

When you ask a gamer to think of a well-rounded hero, most people immediately think of this year’s birthday boy, Kirby – cuddly, soft, pink and cute! And if we now compare what a sphere means according to the language of form, then it describes the Nintendo veteran perfectly: A circle stands for the qualities soft, spongy, harmless, accessible and changeable. And to literally round off Kirby’s visual analysis: the colors rose, pink and red correspond to innocence, but also to energy and self-confidence. Kirby wasn’t as colorful from the start as we know him today. Make yourself comfortable, we travel back 30 years to the early days of the bundle of joy!

14:26
Kirby and the Forgotten Land | REVIEWS | Will Kirby become the hero of the third dimension? 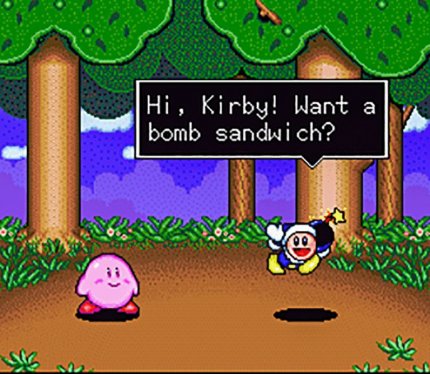 Kirby’s Ghost Trap is an adaptation of Puyo Puyo, not a game made specifically for the hero. That’s why he looks cheekier than ever in this SNES adventure.

Unlike many well-known Nintendo heroes, Kirby did not spring from the head of a direct employee of the company. It was conceived by Masahiro Sakurai, then employed by HAL Laboratory, an independent studio that has always worked closely with Nintendo.

Super Smash Bros. fans should prick up their ears when hearing the name Sakurai, because today the creative mind is primarily known as the creator and mastermind behind the crossover brawler series. Kirby wasn’t planned as a hero back then and he had a different name, namely “Twinkle Popo”, later “Popopo”.

The sympathetic blob was just a placeholder for the protagonist, but over time Sakurai grew fond of him – no wonder, as nice as the kissable ball looks. 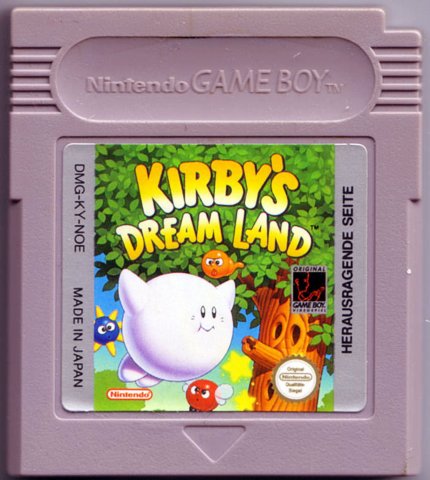 Kirby looks pale in 1992. In the USA and Europe, the information about the color of the kissable ball had not yet arrived when the Game Boy game was released!

And it fitted the game’s concept perfectly, as Nintendo wanted HAL Laboratory to create a title that everyone could easily enjoy. Satoru Iwata was also excited about the smooch ball. A character that anyone can draw – a circle, eyes, mouth – appeals to mass taste, according to their assessment at the time. However, the two developers did not agree on the color scheme. Sakurai wanted a pink Kirby, while Miyamoto wanted a yellow hero.

The character’s creator prevailed, but by then Kirby’s Dream Land had already been released in the European and North American markets. Nintendo of America wasn’t sure what color the hero would officially be and based it on the character’s appearance in the game itself.

And as we all know, the Game Boy is a handheld with a monochromatic display, it doesn’t show any colors.

That’s why Kirby shines white as a ghost on the cover of his first adventure in the USA and also here in Germany. Even in the game manual and the TV commercial for the game, Kirby lacks color! The Japanese packaging, on the other hand, correctly shows a pink kissable ball. The error was corrected before the release of the next Kirby title, since then the round hero has been pink everywhere.

Kirby and the Forgotten Land Sweepstakes Win a switch, game and merch pack

Win Kirby and the Forgotten Land, Nintendo Switch and Merchandise: How to enter the anniversary competition.

Dungeons and Dragons is a pen & paper game for role-playing fans. Read here why it also pays off for gamers! #advertising

It sucks and blows the Kirby

Just as Kirby’s name, appearance, and hue weren’t initially set in stone, his vacuuming skills were only learned during development. At first they experimented with kick attacks, until the developers finally came up with the sucking mechanism and enjoyed testing it.

Soul Hackers 2: Trailer reveals the DLC for the launch, which includes an extra story

GTA 6, back to the pre GTA Online: single player expansions and new cities with DLC?

Ainkrad: “You can't say that Dendi is super bad, that he is 2k people. No, he plays well. But is it enough to play normally?