Blizzard Entertainment has revealed news about the Necromancer, world bosses and the endgame in Diablo 4.

First revealed was the fifth playable class, the Necromancer, who will gather around the main screen bonfire alongside the Barbarian, Sorceress, Druid and Rogue when the game launches next year.

With blood, bone, and darkness on his side, the scythe-wielding necromancer is a cunning summoner who unleashes an army of submissive undead upon his foes. Including golems that have special abilities and strengthen the group.

The developer promises unlimited possibilities and the strongest customization of your own character yet. Choosing a class is just the beginning. It paves the way for you to create your own destiny and adventure, and create the ultimate warrior.

Powerful equipment and weapons, as well as carefully chosen talents and abilities will help you to be successful in battle.

You can also enjoy freedom when exploring Sanctuary. As you explore the world, you will reach places and strongholds that have been infested with evil. A cleanse and reconquest not only pleases the residents of Sanctuary, it also creates new friendly cities and unlocks new dungeons.

According to the developer, there are over 150 dungeons that you can enter in and outside of the main quest line.

You can also participate in story events alone or in a team in search of glory and rewards. These local events pop up all over the world. 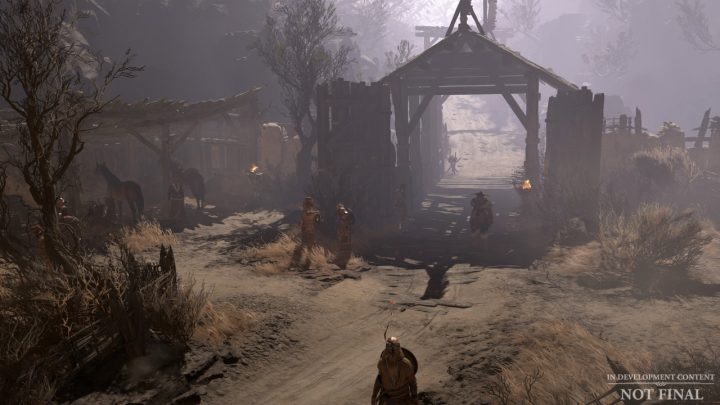 The new world bosses also present you with tough challenges. These particularly strong and huge demons also appear throughout the world and require the teamwork of many players to defeat these beasts.

Teamwork is also the keyword for the social interactions in Diablo 4. The role-playing game’s systems were designed to encourage group formation and remove obstacles such as different character levels or different progressions in the game, while still providing rewards for everyone. Thanks to cross-play, the whole thing also works across platforms.

You should also keep an eye on the PvP zones. In these areas filled with Mephisto’s hate, players who mark each other as hostile can fight each other for additional loot.

But you can determine your gaming experience yourself. You decide whether to face the PvE and PvP experiences alone or experience them with other heroes. 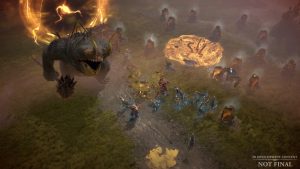 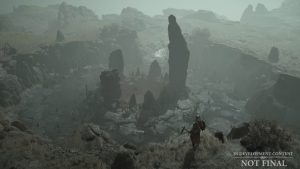 As we all know, in the Diablo franchise, the end is just the beginning. Blizzard promises an endless number of activities and additional customizations for the endgame.

The Nightmare Dungeons, for example, are converted dungeons that will ensure further fun with increased dangers and additional difficulties in the form of new goals and plagues.

The Tree of Whispers, on the other hand, offers you regularly changing world goals and bounties. This endgame system lures with rewards in the form of legendary gear, experience, crafting materials, and more. Reaching the highest level here unlocks the Paragon Board with hundreds of optional paths that allow further customization of your hero.

Diablo 4 will be available in 2023 for Xbox One, Xbox Series X|S and Windows PC with cross-play and cross-progression across all platforms. On Xbox, players can also play with a friend in couch co-op.

= Partner & affiliate links: Possible listed offers are usually provided with so-called affiliate links. With a purchase through one of these links you support Xboxdynasty. Without affecting the price, we receive a small commission from the provider and can offer this website to you free of charge.
Tags: bossesdeveloperDiabloEndgameNecromancerstalksWorld