At the same time, it turned out where all the drives had gone.

At the same time, it turned out where all the drives had gone.

In 2011, engineer and YouTuber Pavel Zadrozhnyak “played” the Imperial March from Star Wars on a pair of disc drives – you must have seen this old video. After 11 years, Paul has a whole orchestra at his disposal.

As before, it does not consist of musical instruments. The Floppotron 3.0 – that’s how Pavel called his brainchild – is made of hard drives, floppy drives and scanners.

All devices are connected to one PC that controls their operation. To extract a suitable sound, Pavel changes the speed of the electric motor in the desired device. Here is the diagram of his orchestra. 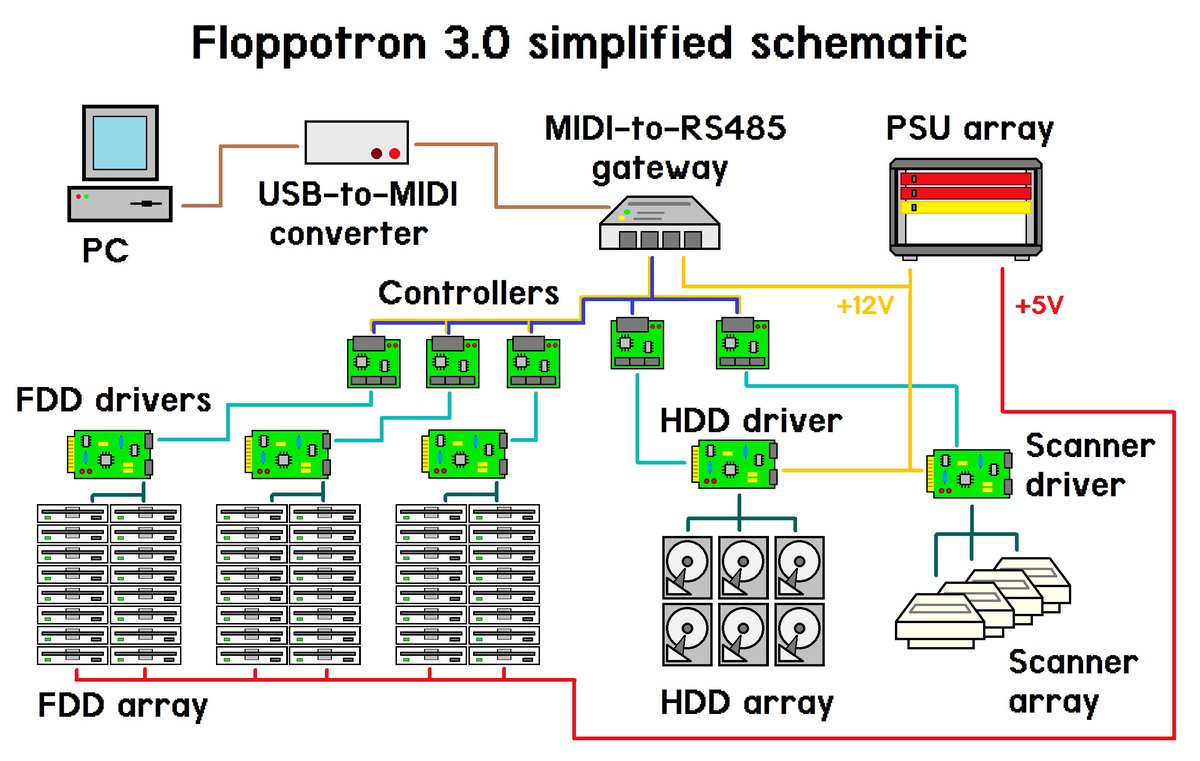 In total, Zadrozniak uses 4 scanners, 16 disks, and 512 disk drives; in the comments they joke that now it’s clear where they all disappeared.

True, such an orchestra consumes a lot of energy. Typically, power consumption is at the level of 300 watts, but at the peak the orchestra accelerates to 1200 watts – this had to be taken into account during system design.

Gimmick! back to PC and console: it’s a beautiful platformer for the NES

Degster: “I wanted to say something evil to the haters, but I realized that it's just not worth it. I'm not that kind of person and I wouldn't want to become one."