In February, the Chinese company NIO announced its readiness to present the ES7 electric crossover in April, but the premiere was delayed twice due to lockdowns, and eventually took place online this week. The popular format machine is built on the new NT 2.0 platform and offers advanced technical solutions. Like many NIO electric vehicles, the ES7 crossover provides a solid range of 930 km. 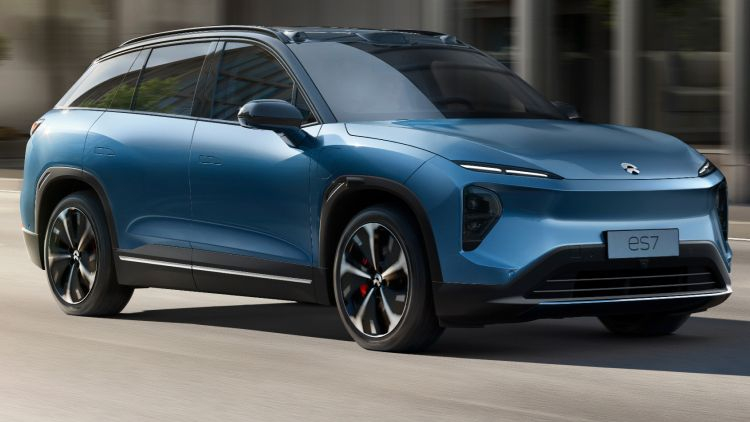 To do this, its older version had to be equipped with a traction battery with a capacity of 150 kWh. There is also a basic version with a 75 kWh battery, which in the CLTC conditional cycle is able to overcome 485 km without recharging. Up to 100 km / h, the car accelerates in 3.9 seconds, and the presence of Brembo brakes allows you to stop from a speed of 100 km / h in 33.9 meters of braking distance. The drag coefficient does not exceed 0.263, which is partly facilitated by the recessed door handles that have become the norm for electric vehicles. All modifications of the ES7 are equipped with air suspension, it facilitates entry and exit during parking, and, if necessary, to overcome obstacles increases ground clearance. The adjustment range reaches 90 mm.

The machine has overall dimensions of 4912 (L) × 1987 (W) × 1720 (H) mm, the wheelbase reaches 2960 mm. In the standard seating position, the trunk of the crossover is ready to take 658 liters of cargo, taking into account the underground. By folding down the backrests of the second row seats, objects up to 1880 mm long can be placed in the cabin. Both rows of seats are equipped with pneumatic chambers and a heating function, and ventilation and massage are also provided on the front. The backs of the rear sofa can change the angle of inclination ranging from 23 to 31 degrees. The driver’s seat cushion can be extended by 60 mm to provide hip support. 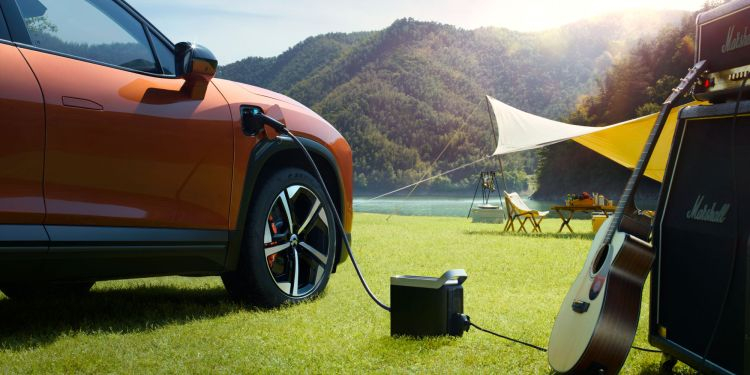 The officially declared ability to tow a trailer, rare for Chinese-made electric vehicles, in this case allows you to transport a trailer weighing up to 2000 kg, providing it with power from a 12 V network. In the parking lot, AC consumers with a total power of up to 3.3 kW can be powered from the on-board network of an electric vehicle.

On-board electronics NIO ES7, responsible for interaction with the driver, supports 5G, V2X, Wi-Fi 6, Bluetooth 5.2, UWB and NFC communication standards. A 12.8-inch AMOLED display is located on the center console, an additional ease of perception of information is provided by a projection display with support for 260 thousand colors. Finally, the proprietary NOMI assistant not only monitors the behavior of the driver, but also understands voice commands. Ambient 256-color lighting system is combined with a 7.1.4-type speaker system of 23 speakers with a total output of 1000 watts, supported by Dolby Atmos technology. In addition, crossover passengers can use augmented and virtual reality devices, synchronizing the soundtrack through the on-board acoustics of the electric vehicle. 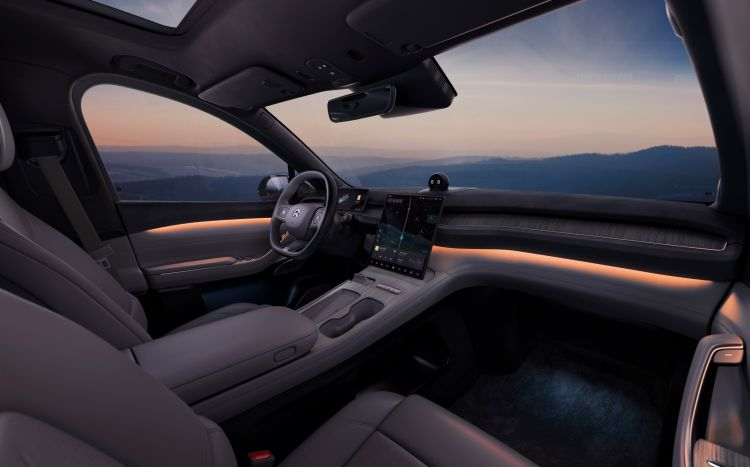 The NIO ES7 powerplant delivers a peak torque of 850 Nm and is comprised of a 300kW rear electric motor and a 180kW front motor. The company is very proud of the proportional distribution of weight between the front and rear axle (50:50), which improves the handling of the vehicle. The power frame of the body is built using high-strength aluminum and carbon fiber.

Orders for the new NIO ES7 crossover in China have already begun to be accepted, the first deliveries will begin on August 28. The basic version of the car with a 75 kWh battery is offered here at a price of $69,700 excluding subsidies, the “long-range” version will cost $78,350, somewhere between them there is an intermediate one with a power reserve of 620 km and a battery with a capacity of 100 kWh. In the most expensive version of the Premier Edition, the crossover will be offered for $81,600. If you choose a subscription model that does not include the transfer of the traction battery to the car owner, then you will need to pay about $51,800 for the crossover.

"Sword Art Online: Progressive - Scherzo of the Dark Twilight" will be shown on September 10