Engineers at the Massachusetts Institute of Technology (MIT) have developed a modular computer chip whose components interact with each other using pulses of light. In the future, this will make it easy to upgrade electronics with new sensors or processors without completely changing the chips. 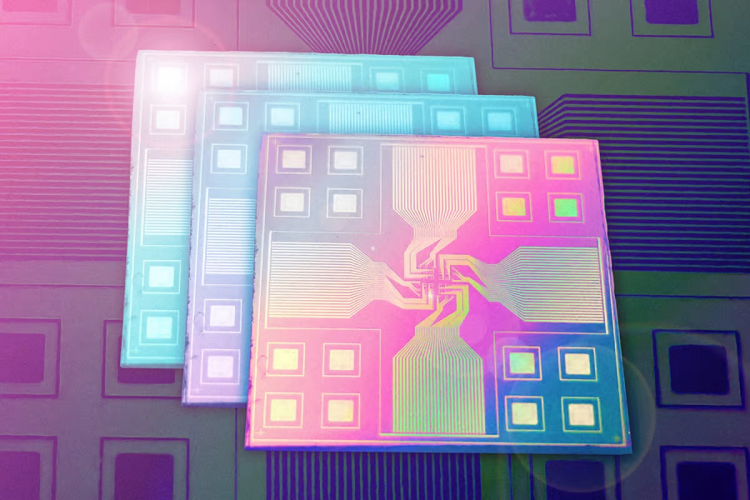 A modular chip can be made up of numerous components, including processors, controllers, and sensors, which can be customized to meet the needs of a particular solution or replaced as new technology emerges. According to study co-author Jihoon Kang, the research team is calling the new solution a configurable LEGO-like AI chip because it has virtually unlimited scaling potential depending on the combination of layers.

Perhaps most unusual is how the components interact with each other. Whereas current electrical modular systems usually have trouble communicating quickly and easily, the MIT chip uses pulses of light to transfer information between each of the layers. Each layer of the chip is equipped with LED elements and a photodetector that matches the corresponding elements of the next layer. When one of the parts needs to come into contact with another, the LED pixels generate an encoded light signal that can be interpreted by the photodetectors of the next layer.

To demonstrate how it works, the team created a 4mm chip2consisting of three computing layers, each of which had an image sensor, an optical communication system, and an artificial chain of “synapses” capable of distinguishing between the letters M, I, or T.

For testing, scientists showed images of arbitrary letters to the system and it turned out that less blurry images were recognized much better. To demonstrate modularity, scientists used a computational layer that can improve the quality of image recognition, after which the quality of work has increased markedly. Thus, the possibility of “stacking”, replacing elements and adding new functions to an existing system was demonstrated.

The team is looking at different ways to use the technology – it is expected that users will be able to create systems for their needs or change outdated equipment for new ones.

Overwatch 2: The Queen of Junker shows off her skills in the gameplay trailer

Overwatch 2: A gameplay trailer introduces the abilities of the Queen of Junker

What's inside Pikachu: the artist shows the anatomy of Pokemon