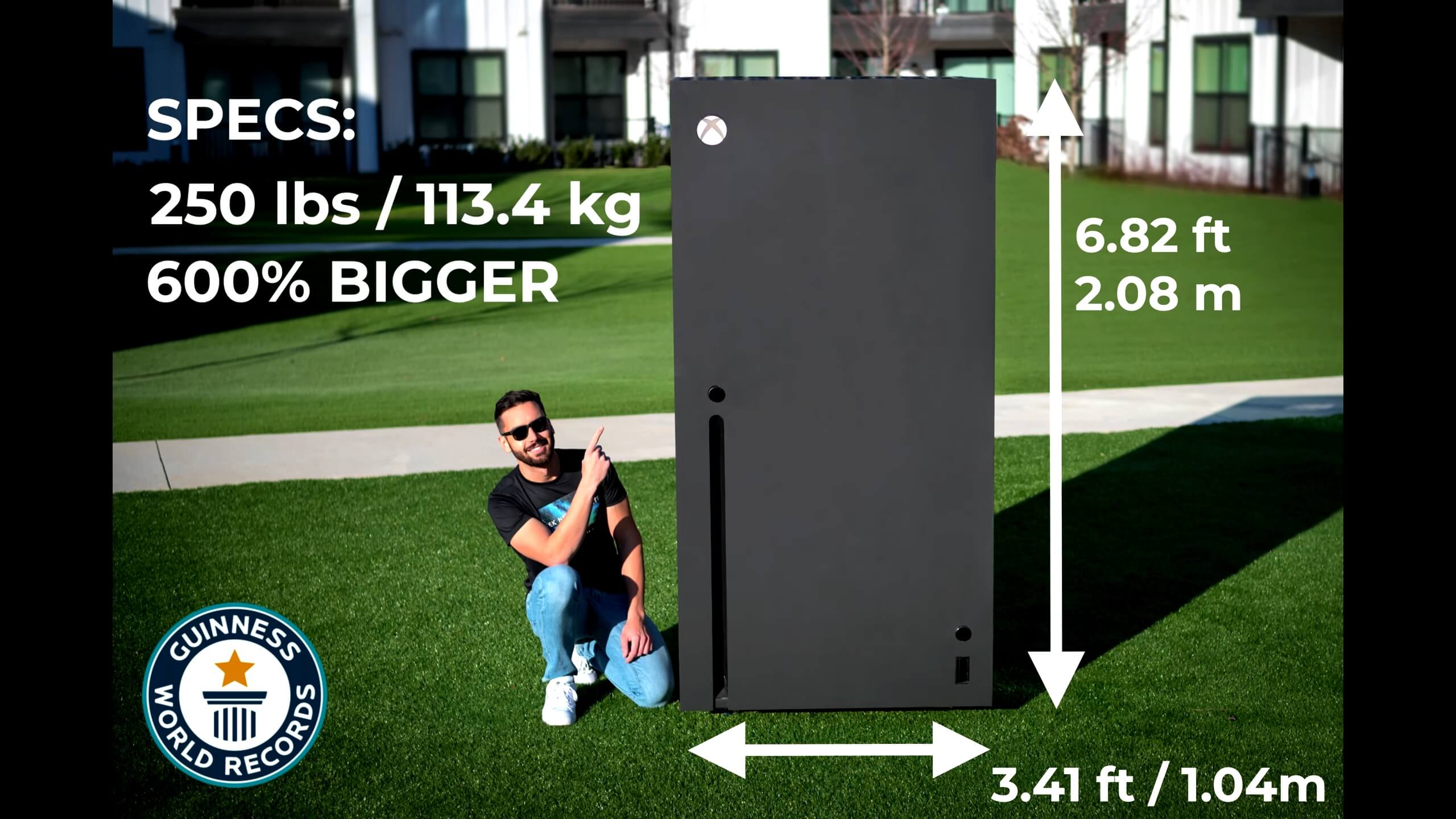 Engineer Michael Peak built the largest Xbox Series X game console in the world, for which he was awarded the Guinness Book of Records. The console itself turned out to be 2.08 meters high and 1.04 meters wide, its weight was 113 kilograms.

This model is interesting in that it is a complete copy of the Xbox Series X, only on an enlarged scale, with all cutouts for connectors and other components. Inside is a regular Xbox Series X console that functions. On the enlarged case there is a power button that lights up when you press it.

Michael Pick showed the process of creating the console in the video. Note that earlier he already became known among the players when he assembled the largest Nintendo Switch in 2021.

MultiVersus no longer loads for players with mods installed

Fortnite x Naruto, not only The Nindo 2022: village of the leaf, rivals and many bonuses!