SEGA and Creative Assembly announce Hyenas for PC and consoles. A first trailer and further information were published.

As we previously reported, SEGA Europe Ltd. announced the new game Hyenas, an ambitious multiplatform challenger in the shooter genre from the world-acclaimed developer Creative Assembly.

A daring entry into gaming’s most competitive genre, Hyenas is driven by a desire to put the game in the hands of its key critics early on. Registrations are now open possible for the closed alpha test for PC. 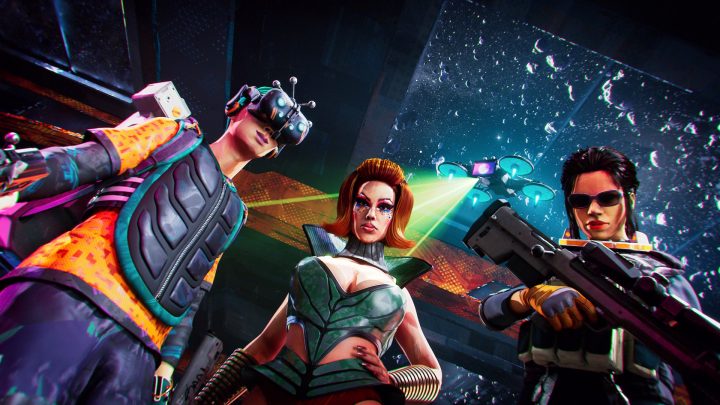 In Hyenas, the world has ended…literally. The billionaires have made it to Mars, leaving Earth and their back taxes far behind.

The anti-gravity technology that made their journey possible has destroyed our planet, leaving us in a floating slum called “Perineum”… The only thing the rich still care about are rare commodities – pop culture items from life that we have left behind to loot from the rubble to set up their mansions on Mars. 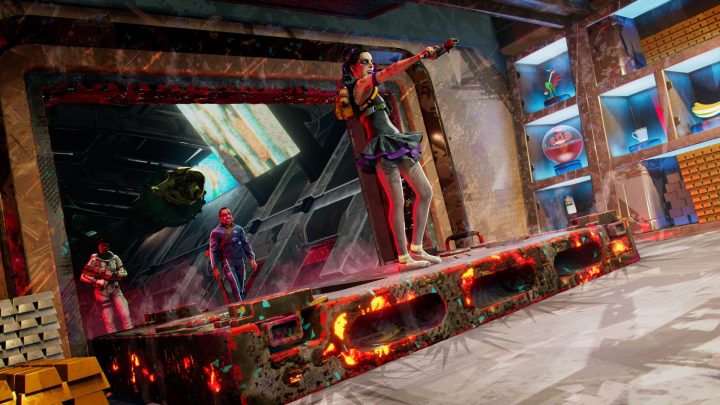 It’s time to steal back what’s ours. Huge spaceship malls known as Plunderships are crammed with nostalgic loot stolen from what’s left of Earth.

They’re also packed with hired thugs, alarm systems, and armed drones that only the hyper-rich can afford. Assemble your crew of hyenas from a ragtag crew of uniquely skilled and armed criminal misfits to get in the scavenger ships, collect the loot and get out again. 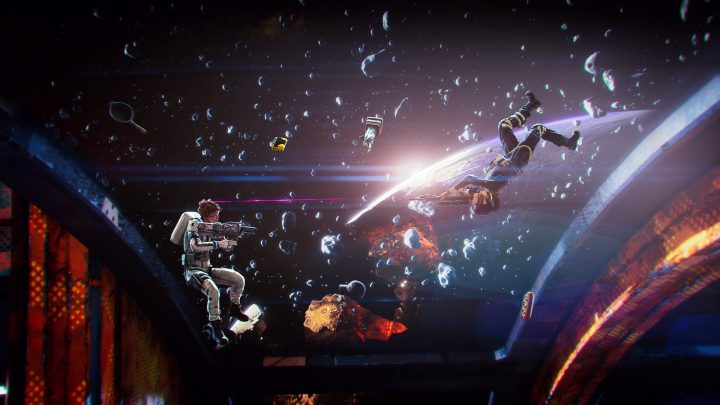 This is space piracy like you’ve never seen before! Your team of three fights against four other crews to get the hottest loot and escape.

You need both weapons and cunning. A sandbox of interlocking systems, each raider offers endless opportunities for clever teams to exploit the environment, security networks, hired goons, and competing crews to gain an advantage. 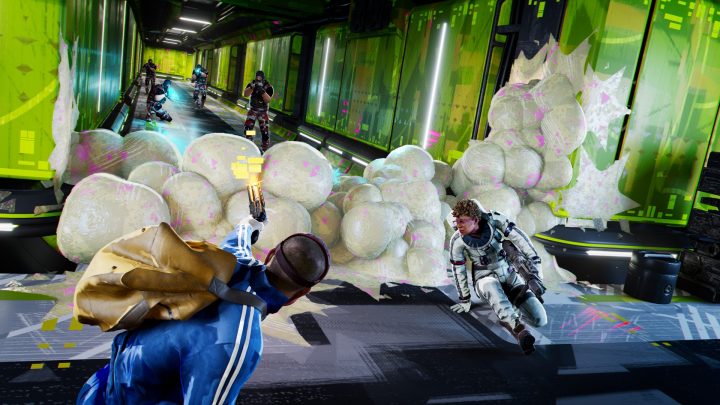 And when it kicks off, high-speed movement and deadly combat combine in dangerous and often switchable anti-gravity zones, giving you dramatic opportunities to master your environment to trap and eliminate other crews.

“We believe the key to the success of any modern shooter is understanding what players want to see and where they want their experience to take them. We know we have something interesting to offer, but we also know the odds are against us,” said Executive Producer David Nicholson.

“In order to compete with the biggest games in the industry, we need to hear players’ voices – directly and early on. If someone is there, we want to take that person with us. That’s why, following today’s announcement, we’re also launching the first of our public alpha tests.”

A bold new project awaits you from a multi-award-winning studio that aims to do to shooters what it did to the horror genre with Alien: Isolation. There will certainly be more details on this soon, but some features have already been excluded: Hyenas will no pay-to-win mechanics contain. There will be Panini sticker albums, a SEGA Mega Drive and PEZ dispensers!

= Partner & affiliate links: Possible listed offers are usually provided with so-called affiliate links. With a purchase through one of these links you support Xboxdynasty. Without affecting the price, we receive a small commission from the provider and can offer this website to you free of charge.
Tags: Assemblysbrandcreativedetailshyenasshooter

Updated PS Plus does not work in Russia