Ukraine is a candidate for EU membership – Aroged 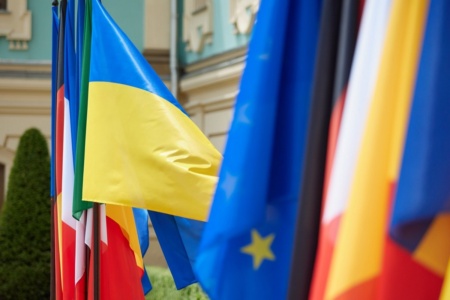 This finally happened – Ukraine received the status of a candidate country for EU membership. On June 23, the leaders of 27 EU countries at the summit of the European Council unanimously supported the historic decision to grant the status of an EU candidate for Ukraine.

The head of the European Council, Charles Michel, confirmed the granting of the status of a candidate for EU membership to Ukraine. At the same time, Moldova received the status of an EU candidate.

It’s good! #EUCO strongly praised the decision on granting the status of a candidate to the EU of Ukraine and Moldova.

Today is a milestone on your way to the EC.

Our future is together! pic.twitter.com/Mp6v8zMtWa

President of Ukraine Volodymyr Zelensky welcomed the decision and called it a unique and historic moment in relations between Ukraine and the EU.

I swear by the decision of the leaders of the EU to give Ukraine the status of a candidate. This is a unique and historical moment in the sights 🇺🇦 and 🇪🇺. Vdyachny @CharlesMichel, @vonderleyen and to the leaders of the powers of the European Union for support. Future of Ukraine – in EU. https://t.co/o6dJVmTQrn

Ukraine’s path to the EU – a chronicle of major events

On February 28, he signed an application for Ukraine’s membership in the European Union. On March 1, the European Parliament voted almost unanimously in favor of a resolution calling on EU institutions to work towards granting Ukraine candidate status for EU membership. On April 18, Ukraine handed over the first part of the questionnaire, and on May 9, the second part. , and the second part covers the assessment of the conformity of Ukrainian legislation with EU law acts.»]. On June 17, the European Commission recommended granting Ukraine the status of a candidate for membership in the European Union. On the morning of June 23, the European Parliament by a majority of votes adopted a resolution in which it called on the heads of state and government of the EU to grant Ukraine and Moldova the status of an EU candidate “without delay”, and in the evening at the summit of the EU countries the final decision was made – the leaders of 27 EU countries at the summit of the European Council unanimously . supported granting Ukraine the status of a candidate member of the EU.

The EU formally (legally) reinforced its desire for rapprochement with Ukraine and a common future. This gives Ukraine wider access to various EU programs and funds, as well as attracting new investments – now business will consider Ukraine as a potential EU member and a promising platform for start-ups.

How noted Prime Minister Denis Shmihal, the further accession of our country to the EU will bring benefits to all parties. Ukraine can ensure European food security, help accelerate the green transition and reduce energy dependence on Russia, make a significant contribution to the economic development and digitalization of Europe.

Candidacy is an intermediate stage. Formerly European Commission published clear recommendations on reforms – their implementation is a necessary condition for the start of Ukraine’s negotiations on EU accession. Among the main points are the adoption and implementation of legislation on the procedure for selecting judges of the Constitutional Court, the completion of the integrity review by the Ethics Council of candidates for members of the High Council of Justice and the selection of candidates for the High Qualifications Commission of Judges of Ukraine, strengthening the fight against corruption, a plan for a comprehensive reform of the law enforcement sector, the implementation of the law about deoligarchization, completion of the reform of legislation for national minorities, etc.

How soon Ukraine can become a member of the EU after receiving candidate status is difficult to predict. This will depend mainly on how soon the government can implement the necessary reforms and introduce changes in line with EU requirements. There is an example of Sweden, which applied in 1991 and became a member in 1995. On the other hand, the example of Turkey, which submitted an application back in 1987, but has not yet become part of the EU.

At the end of the year, the European Commission will prepare conclusions and assess how effectively Ukraine has managed to implement the recommendations. Recently, Deputy Prime Minister for European and Euro-Atlantic Integration Olga Stefanishyna statedthat the government expects to implement the recommendations of the European Commission on granting the status of a candidate member of the EU before the end of the year.