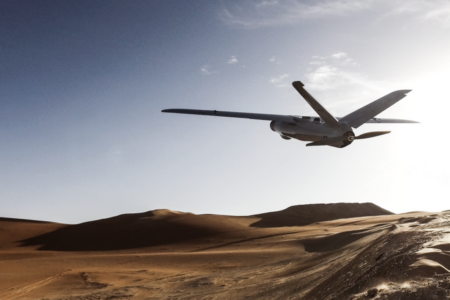 Last Saturday, June 25, the popular payment application monobank expectedly passed the milestone of 6 million customers – the team celebrated another important milestone in the development of the project by issuing a limited card “Russian ship, go fuck it” with the collection of funds for the Armed Forces of Ukraine. As part of the initiative, UAH 64 million was collected in six days to purchase two Warmate strike unmanned aerial systems. Results let down co-founder of monobank Oleg Gorokhovsky.

Monobank has more than 6 million clients

The six millionth client of monobank appeared on June 25, as predicted by the developers. At the time of the news release, 6,006,940 Ukrainians have monobank cards. To achieve this result, the service took a little less than 5 years (the application was launched on November 22, 2017). 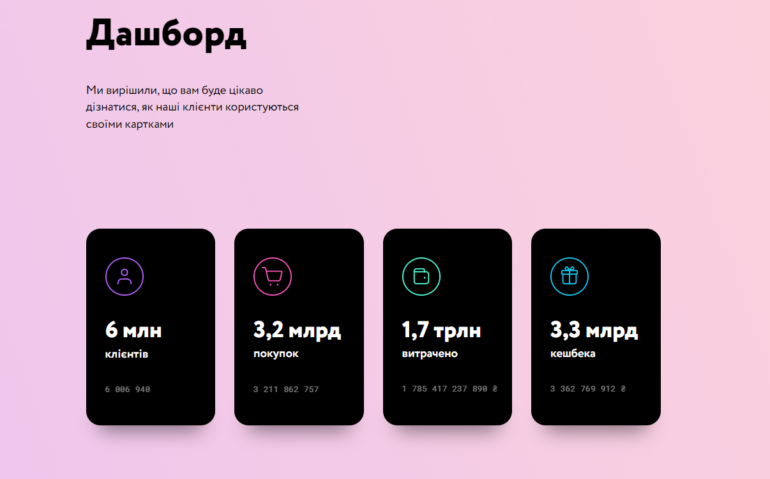 Monobank statistics as of the morning of June 27, 2022. Source: official dashboard

How monobank’s client base grew

On May 25, 2019, monobank crossed the milestone of a million customers, and in November 2019, more than 1.5 million people used the application. In March 2020, before the launch of the children’s card, the number of monobank customers exceeded two million, and in August there were already 2.5 million, at the end of November – 3 million, and at the beginning of April 2021 – 3.5 million. Since then, monobank has added about 100,000 new clients every month — at the end of August 2021, the project passed the milestone of 4 million clients, and on December 31 — was taken the bar is 5 million customers, not least thanks to the “Epidtrimka” program (neobank was the first to start paying “covid” thousand for vaccination).

Fundraising results for the Armed Forces of Ukraine 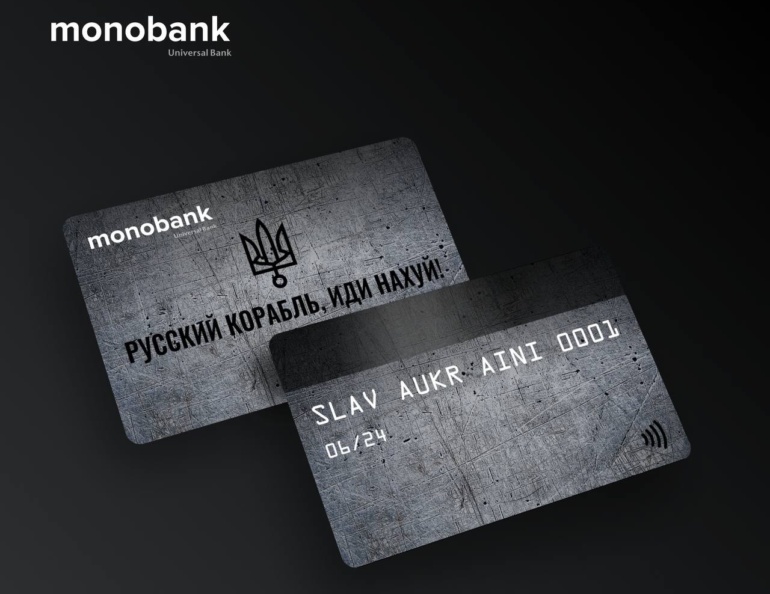 monobank organized a fundraiser for drones for the Armed Forces of Ukraine together with the initiative of the president of United24 — the team created a special fundraising bank called “For Drones for the Armed Forces” and made the first contribution of UAH 6 million. To encourage its customers to donate more actively, monobank came up with a new draw – with exclusive Visa Infinite platinum cards in the design “Russian ship, go fuck it?”

The card will be released in a limited edition of a thousand copies – all of them will have a serial number from 0001 to 1000. On the reverse side, the number will look like SLAV AUKR AINI 0001. These cards will be absolutely free for the entire validity period.. Later, the developers announced the second part of the contest with a drawing of 40 nominal “hello” for the Russian occupiers, which will be applied to kamikaze drones for donations in the amount of 999 UAH.

In six days, as part of the initiative, UAH 64 million was collected – the entire amount collected will be transferred to the UNITED24 presidential platform for the purchase of 2 Warmate strike unmanned aerial systems. In total, philanthropists made more than 144,000 contributions, of which 153 – UAH 100,000 or more (they will receive cards without drawing). The largest contribution is UAH 551,776. The number of participants in the drawing of an inscription on a kamikaze drone is 6682 people. The list with the names of the winners of the draw is available link. Monobank promised to contact each winner within June 27th.

This is already the second large collection for the Armed Forces of Ukraine from monobank over the past month — at the end of May, co-founder of monobank Oleg Gorokhovsky organized his own charitable drawing of Ukrposhti hype stamps — in two days he collected UAH 8,754,000 and rounded this amount up to UAH 10 million and listed Prytula fund for the purchase of everything necessary for the needs of the Armed Forces of Ukraine.

Last week, among other things, was remembered for another charitable initiative – as part of the collection organized by the same Serhiy Prytula and Igor Lachenkov, Ukrainians collected 600 million hryvnia in three days to buy four Bayraktar TB2 drones.

Elections in Japan and a fake Pikachu: the strange case of Saeko Umemura

Twitch: Amouranth against the police who don't protect streamers from stalkers

It seems that the contractor CD Projekt RED, who was responsible for testing the project, is partially to blame for the failure of Cyberpunk 2077