WWE 2K22: Clowning Around Pack is sure to get a laugh

No joke, the Clowning Around Pack for WWE 2K22 is available for download today.

With the WWE 2K22 Clowning Around Pack, available today, players can get the laughs and the opponents tapping.

In the fourth DLC pack, Doink the Clown takes the stage, one of the most colorful Superstars in WWE history, accompanied by the “Baddest Woman on the Planet” Ronda Rousey and pop culture icon Mr. T. Also included in the pack are The British Bulldog, Doudrop and Rick Boogs.

All six Superstars come with their own My FACTORY EVO cards, which can be leveled up through My FACTORY gameplay.

Making his debut in the WWE 2K franchise, Doink the Clown is a fan favorite who threatened the Superstars in the ring with a combination of goofy banter and skillful grabs. Far more serious is Ronda Rousey, a former mixed martial arts champion and film and TV star whose WWE accomplishments include Raw Women’s Champion, SmackDown Women’s Champion and 2022 Women’s Royal Rumble winner. 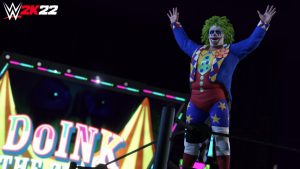 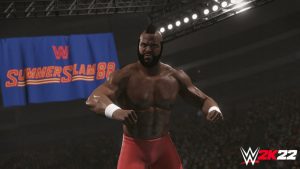 ’80s pop culture icon, Mr. T is known for his toughness and unique style – complete with gold chains, feather earrings and a mohawk – and cemented his WWE Hall of Fame status when he competed in the first-ever WrestleMania with Hulk Hogan teamed up and faced Roddy Piper at WrestleMania 2.

Completing the pack is Scottish Monday Night Raw’s sensation Doudrop, who makes her debut in the WWE 2K franchise and brings raw power to the Women’s Division, while Rick Boogs made his mark as a rock star when he appeared on SmackDown his guitar shredded. 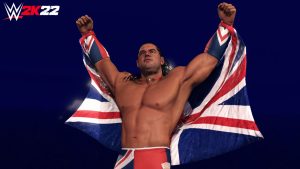 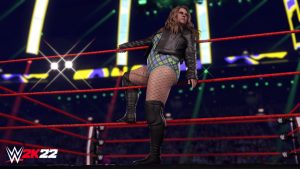 The Clowning Around Pack is sold individually and is also included as part of the DLC Complete Pack in WWE 2K22’s Season Pass, Deluxe Edition and nWo 4-Life Digital Edition.

In addition to the DLC pack, the new update 1.1.5 is now available on all platforms, with which further stability and balance improvements have been made.

= Partner & affiliate links: Possible listed offers are usually provided with so-called affiliate links. With a purchase through one of these links you support Xboxdynasty. Without affecting the price, we receive a small commission from the provider and can offer this website to you free of charge.
Tags: 2K22ClowninglaughPackWWE

Apex Legends, the Season of the Hunt is now available: Vantage is the new Legend

RPG Time The Legend of Wright: Let's browse the book of wonders in Gameplay Reveal