Atari 50th: The Anniversary Celebration: Interactive journey with over 90 games starts in November

An interactive gaming journey awaits Atari fans in November with the Atari 50th: The Anniversary Celebration.

It’s been five decades since a small team in Silicon Valley put their creativity, curiosity and passion into developing video games and hardware. The result of their efforts was Atari, one of the most recognized and enduring entertainment and pop culture brands in the world.

Today Atari 50: The Anniversary Celebration was announced to celebrate 50 years of existence.

The Atari 50: The Anniversary Celebration takes players on an interactive journey through 50 years of video games, featuring interviews with designers, developers and industry leaders, documentaries, product design documents, high-resolution original artwork, and a specially curated roster of over 90 playable games. 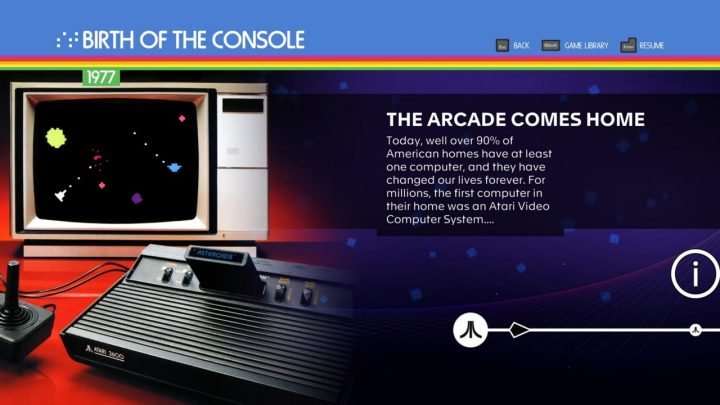 At the heart of Atari 50: The Anniversary Celebration are the interactive timelines that combine historical information, digital artifacts, brand new video interviews and playable games into a unique experience. When you come across a game in the timeline, you can play it immediately without losing your place.

The list of games includes six original Atari consoles and home computer platforms, as well as generations of arcade titles. For the first time ever, Atari Jaguar and Atari Lynx games will also be playable on modern consoles.

Not only are the Atari classics presented exactly as they were, but Digital Eclipse also developed the Reimagined series. The series picks up on six new game classics, reassembles them and reinterprets them. Each of these new games are included in Atari 50: The Anniversary Celebration.

The six classics are:

Atari 50th: The Anniversary Celebration will be released in November for Xbox Series X|S, Xbox One, PlayStation 4|5, Nintendo Switch, Atari VCS and PC.

= Partner & affiliate links: Possible listed offers are usually provided with so-called affiliate links. With a purchase through one of these links you support Xboxdynasty. Without affecting the price, we receive a small commission from the provider and can offer this website to you free of charge.
Tags: 50thAnniversaryAtaricelebrationGamesInteractiveJourneyNovemberStarts

Dreaming of Call of Duty 2 Remake: awesome graphics in the fan made project on Unreal Engine 5