Volunteer scientists have the opportunity to assist NASA in the study of the clouds of the Red Planet. You can apply to help the project using the platform Zooniversewith the mediation of which those who wish can take part in this scientific work. 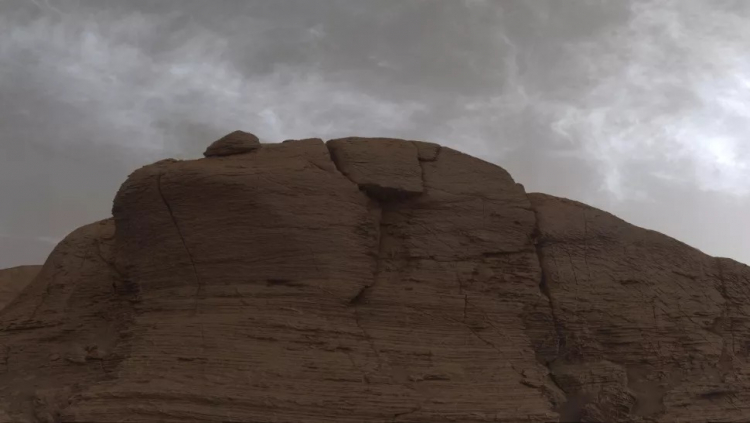 codenamed project Cloudspotting on Mars (Mars Cloud Observation) invites people to view 16 years of images taken by the Mars Reconnaissance Orbiter (MRO), which has been in Martian orbit since 2006. According to NASA’s Jet Propulsion Laboratory (JPL), information from volunteers could help researchers figure out why the local atmosphere is only 1% denser than Earth’s, even though there is ample evidence that it used to be far less dense.

Infrared images taken by MRO with the Mars Climate Sounder instrument also show photographs of local clouds. Previously, scientists had to view thousands of images on their own, for which they did not have sufficient resources.

While Earth and Mars have similar types of clouds made of water ice, the Red Planet also has clouds made of dry ice, which is frozen carbon dioxide. Sorting clouds will greatly help scientists gain a better understanding of the atmosphere of Mars at an altitude of 50-80 km above the surface of the planet, and how Martian clouds – especially water clouds – form and how they evaporate in the atmosphere in different seasons.

Just as importantly, the project could help understand exactly how Mars lost its atmosphere. It is possible that the cause of this was atmospheric erosion. One theory suggests that various natural mechanisms contribute to the rise of clouds in the upper atmosphere, where solar radiation splits water into hydrogen and oxygen. As a result, too light hydrogen under the influence of solar radiation escapes into space.

In addition to the MRO probe, the study of local atmospheric phenomena is also carried out as part of another NASA mission – MAVEN (Mars Atmosphere and Volatile Evolution).

Xiaomi 12 Ultra? What happened to this Xiaomi Android smartphone?

God of War Ragnarok: announcement postponed? For Tom Henderson, today we will know something anyway