THQ Nordic Announces Sports Action Stuntfest: World Tour, But Not From The Creators Of Wreckfest And FlatOut 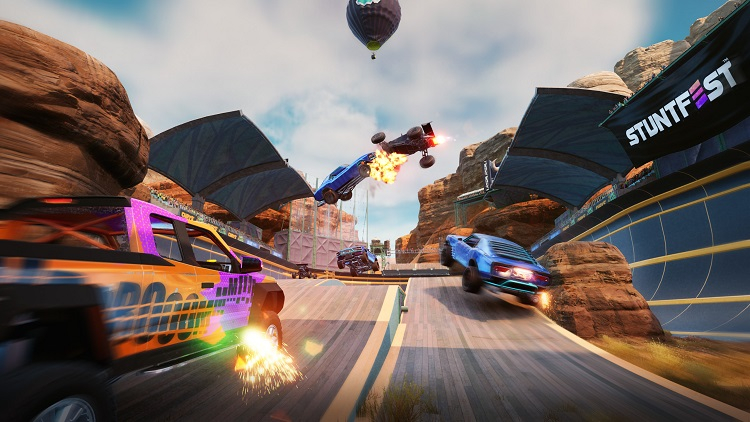 The events of Stuntfest: World Tour revolve around the extreme sports competition that has gained popularity – a tournament called Stuntshow – the new champion of which the player has to become.

According to the rules of the competition, 18 participants will fight for the main prize of Stuntshow. You will have to face off in various game modes for elimination: from the familiar derby with the destruction of rivals to glider races.

Characters released into the air turn into living projectiles – while the player retains control over the protagonist, can use bizarre gadgets or jump back into the car on the road.

In addition, they promise a festival arena where you can hone your reflexes and surround yourself with colleagues, the opportunity to individualize and upgrade cars, as well as a selection of characters to choose from (from a punk grandmother to a famous streamer).

Stuntfest: World Tour is expected to release before the end of the year on PC (Steam). The system requirements are already partially known: the recommended configuration is a quad-core CPU, 16 GB of RAM and an RTX 2070-level graphics card.

Urban video surveillance simulator City Eye is out on PC

Wreckfest’s devastating race is coming to mobile devices this fall

Here comes another Nothing equipment