Independent Canadian studio Sabotage, known for platformer The Messenger, reported about the forced postponement of the approximate release dates for his old-school role-playing game Sea of ​​Stars. 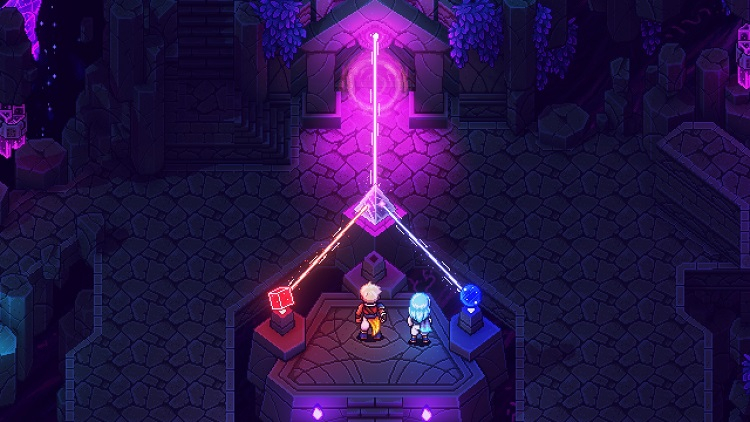 Recall that Sea of ​​Stars was officially presented in March 2020 along with the start of the Kickstarter campaign and, until recently, was planned to be launched during the festive period (November-December) this year.

As it became known, now Sea of ​​Stars is going to be released in 2023 on PC (Steam), Nintendo Switch and other platforms. The team realized that they did not have time to complete the game by the scheduled date without compromising its quality and the health of employees. 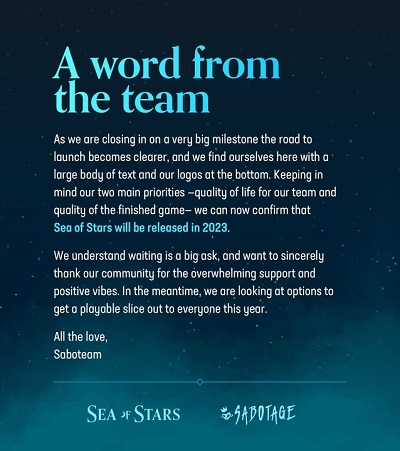 “We understand that waiting is a big request, and we want to sincerely thank our community for their comprehensive support and positive attitude. In the meantime, we are exploring options for releasing a public playable snippet this year.”the authors said.

Sea of ​​Stars is a prequel to The Messenger. According to the plot, two children of the solstice will have to combine the powers of the sun and moon in order to master the magic of the eclipse and cope with the monsters of the evil alchemist.