At this year’s Xbox & Bethesda Showcase, Microsoft decided to focus on projects that will be released in the coming year. Many high-profile games that were previously announced were not shown, but they are still far from release. In total, a large number of announcements did not take place, although there are really a lot of games in development, both those already presented and those that are rumored about.

Xbox News Twitter account collected in one visual infographic projects that Xbox and Bethesda studios are currently working on. 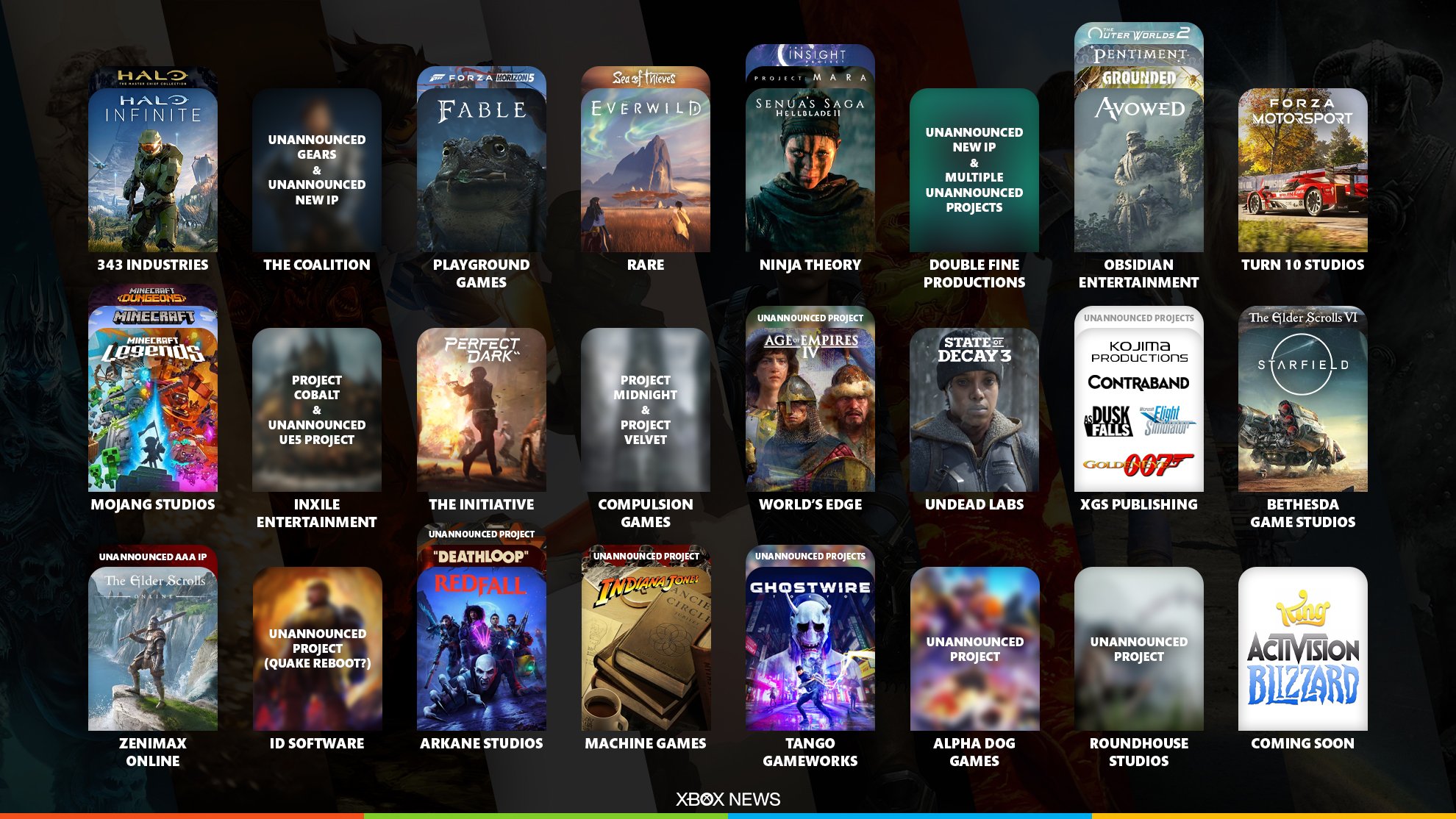 Note that Obsidian now has the most announced projects – the studio plans to release Pentiment and Grounded this year. That being said, some Xbox teams don’t have fully announced projects yet, like The Coalition (who are known to be working on two games, one of which is Gears 6) or ID Software.

Topson on the new True Sight: “I'm not sure I'll even look. I'm not there"