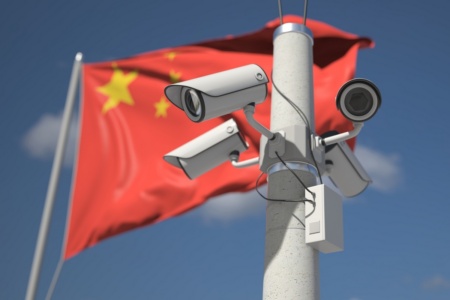 Chinese researchers claim to have developed an artificial intelligence that they say is able to read the opinions of Communist Party members and makes them more receptive to the ideology and doctrine of the mainstream Communist Party. So, on the one hand, China has recently fixed “signals from extraterrestrial civilizations”, and indeed such sensational discoveries by Chinese researchers should be approached with healthy skepticism, and on the other hand, several Western publications wrote about this AI, including The Timesand the news itself looks interesting purely conceptually.

An article describing the system appeared on the web on July 1 and was soon deleted, but The Times Beijing reporter Didi Tan managed to collect the details in a separate article. The developer of the system, reportedly, was the national research center in Hefei. The program is able to track facial expressions and read brain waves to gauge members’ interest in Xi Jinping’s party propaganda materials. The purpose of creating the technology is to assess the loyalty of members of the Communist Party and the subsequent appropriate indoctrination of disloyal “heretics”.

A total of 43 members of the mainstream Chinese Communist Party (CCP) participated in the study, attending selected party events as part of the research center experiment while being closely observed by the researchers. In a remote video, one of the test subjects could be seen inside a specially equipped booth with a monitor viewing articles about party politics and its achievements.

In the original article of the scientific center, it was not specified which technical means were used to read brain activity and facial expressions. As for the latter, it probably could not have done without surveillance cameras. And it is not entirely clear how the system can be used more widely – outside of a controlled environment.

“One side, [система] gives an idea of ​​how party members perceive ideas and political course, and on the other hand, provides real data for rethinking political ideology for its improvement and enrichment.

excerpt from an article describing the study

This research coincides with China’s long-standing, considerable efforts to indoctrinate the population. To do this, China uses, in particular, a special application called Study (Xi) Strong Country, which is used by about 100 million people in the country. The app constantly publishes state media reports and up-to-date information on the activities of Xi Jinping’s party. For watching propaganda videos and answering questions of communism, you get points that can be spent on pastries in different cafes or exchanged for equipment. The app also has social features such as video calls and messaging. The Guardian in 2019. Previously The New York Times wrote that the government is forcing the use of the application – schools humiliate students with low scores, and companies require workers to take daily screenshots of their scores.

In addition, China has repeatedly experimented with systems for measuring emotions – in 2017 skipped reports that the brain waves of workers in some factories, state enterprises and the military were scanned using special helmets. The data was then analyzed using artificial intelligence systems to detect anger or anxiety in the workplace and adapt the working conditions accordingly.

No remaster of GTA 4 and Red Dead Redemption because of GTA 6? Speak Kotaku

Violet Hall in Genshin Impact: how to open and complete the dungeon

Rockstar Games may still release remakes of GTA 4 and Red Dead Redemption, but only after the release of Grand Theft Auto 6