After the recent publication by Bloomberg about pressure on the manufacturer of lithographic equipment ASML by the US authorities to stop deliveries to China, the company’s shares immediately fell in price. Paradoxically, the shares of Chinese semiconductor manufacturers after that, on the contrary, began to rise in price. 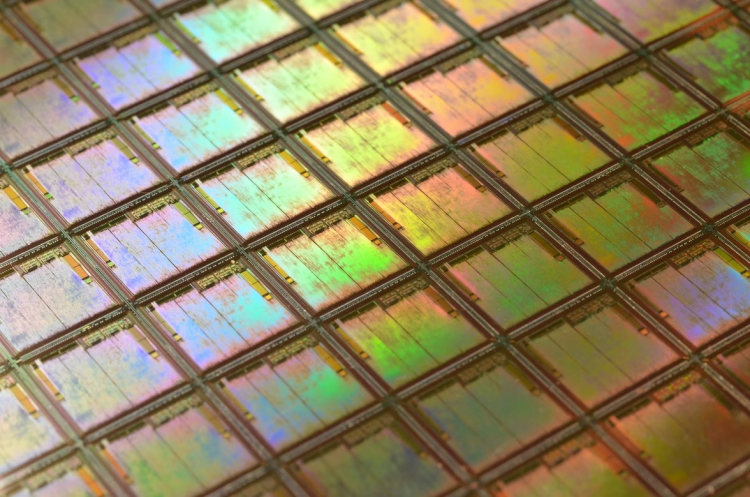 ASML, the largest supplier of state-of-the-art lithographic equipment for chip production, was banned from supplying its most advanced tools to China some time ago. However, Bloomberg reported a possible complete ban on supplies, including machines for mature technical processes. The source is referred to as “people familiar with the matter.” ASML itself declined to comment on the rumors.

After the Bloomberg publication, ASML’s share price fell 7.2%. Securities of other manufacturers of equipment for chip manufacturers also fell in price – Lam Research by 3.6%, and Applied Materials by 2.4%.

For ASML itself, the refusal to sell to China can be extremely unprofitable – in 2021, the Celestial Empire accounted for about 16% of sales of its systems, worth 2.1 billion euros. Each car sold is worth hundreds of millions of dollars. At the same time, an export license is required for the supply of such tools. Since 2019, the Dutch government, in agreement with the United States, has been refusing to issue export licenses to ASML for the sale of state-of-the-art EUV lithography machines to the Middle Kingdom. Only less modern DUV options are sold there.

However, most chips are still produced using DUV lithography, and limiting sales of related machines could have a devastating effect on the Chinese semiconductor industry, and this is likely to exacerbate the global semiconductor shortage.

In 2021, the US National Security Commission on Artificial Intelligence, chaired by former Google CEO Eric Schmidt, recommended that the US State Department and the Department of Commerce put pressure on allies to deprive China of access to DUV and EUV technologies, as well as related tools. 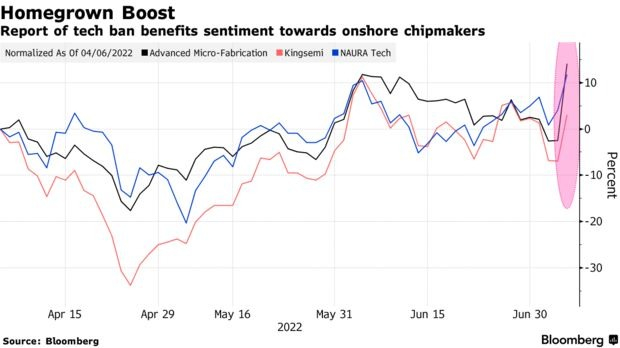 Paradoxically, according to the same Bloomberg, against the background of news about a possible export ban, shares of Chinese chipmakers rose in price – investors considered that possible restrictions would contribute to the development of a similar industry in China in exchange for the purchase of ASML machines. The growth of securities for various Chinese chip manufacturers amounted to 10 percent or more.

The Chinese chip manufacturing industry is growing faster than anywhere else in the world, and since the US imposed sanctions on giants like Huawei and Hikvision, demand for locally produced components has only grown. According to Chinese industry representatives, prices are rising on expectations of import substitution by Chinese companies of foreign solutions.

The price of shares in the Chinese segment was also warmed up by preliminary, extremely optimistic data on the income of the local Advanced Micro-Fabrication, which produces equipment for the production of semiconductors. In addition, fears that chipmakers’ revenues will be too low due to pandemic restrictions have not materialized to the extent that was expected. Finally, reliable data on the termination of sales of ASML is still missing.

Juri will return in Street Fighter 6 and Kimberly will appear: trailer

Skull & Bones: Livestream announced - There will also be a new Ubisoft Forward