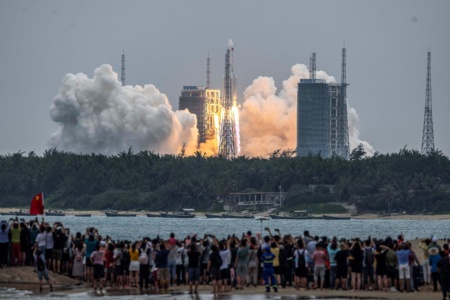 On Friday, China successfully launched an experimental reusable spacecraft to test technologies that will help support activities in space. This is reported by the state media.

The spacecraft was launched on a Long March-2F launch vehicle from the Jiuquan Space Center in Inner Mongolia. As expected, after a period of work in orbit, he will return to the target landing site. More detailed information about the ship has not yet been reported.

China is expanding its space exploration efforts, including building its own space station. US officials criticized China last weekend after the remnants of a rocket fell to Earth over the Indian Ocean, saying it was China’s fault for not sharing information about the trajectory of the debris.

The Sandman, a video reveals the differences between the TV series and the comic