Very soon, Huawei will introduce its new clamshell P50 Pocket New. This will be the next generation of Huawei P50 Pocket.

Now published a press image of the P50 Pocket New. From it it became known that the price tag for the updated version will be significantly reduced. Perhaps the reduction in price will occur due to the replacement of the Snapdragon 888 processor with the Snapdragon 778G, which does not support fifth-generation networks. 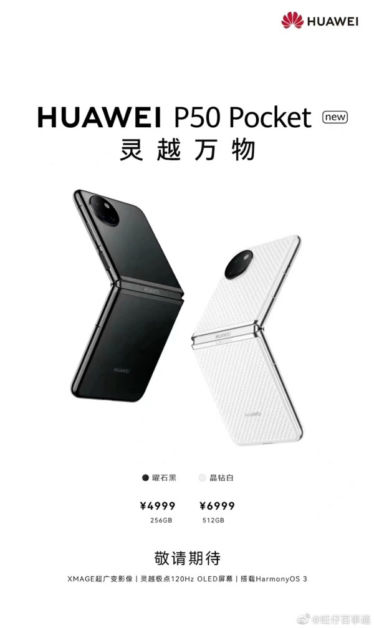 The price tags are as follows:

For comparison, the existing Huawei P50 Pocket retailed for $1,500.

Also, the smartphone is credited with an OLED display with a refresh rate of 120 Hz, a camera with XMAGE technology and proprietary OS HarmonyOS 3.

Overwatch 2 has been released – the game is available on Xbox in Russia, but has some problems

The virtual planetarium Stellarium, which has been developed for over 20 years, has been released

In Russia, for the first time in history, the consumption of Internet traffic has decreased

Christophe GALTIE: "Neymar is an artist, he has become aware"