Can a game be bad where “EVERYTHING!” exploded? Warpips at least helps ultimate destruction

If a game advertises “everything explodes” as a feature, can it really be bad? Warpips does that and keeps that promise when push comes to shove. At the same time, it is touted as a game that would result from crossing “Nexus Wars, Clash Royale and Command & Conquer”. I can’t speak for the first two due to lack of experience, C&C made me curious. Although you should by no means expect a classic RTS in the style of Westwood games.

Warpips offers an extremely focused gameplay that is initially over after a few minutes, but later does not last more than ten to 20 minutes per level. Just the thing for when I’m craving a round of strategic warfare amidst all the monstrous games out there. 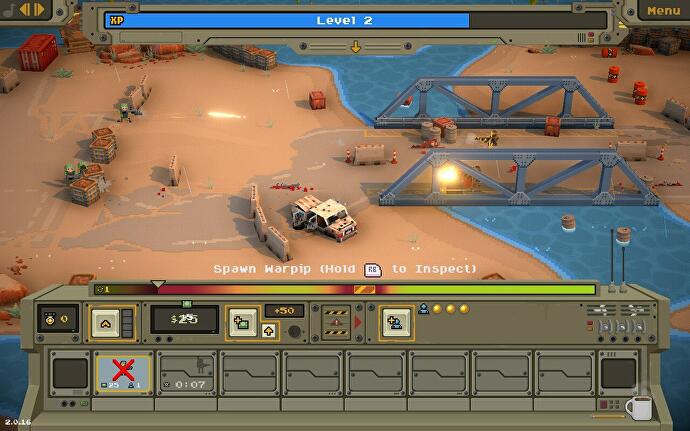 Keep the enemy away from your base and bring new units onto the battlefield at the right time.

There is no base building in this game, you just focus on building or rather recruiting units. You don’t have to collect raw materials either, you get them automatically. Which doesn’t make it easy, you have to think carefully about what you spend them on. For units? For more money to recruit? For upgrades? For a bigger army? Making the wrong decision at the wrong moment can be fatal.

Warpips is also not a game where you order your units around yourself. We have a base on each side of each level, one for our own and one for the enemy. Purchased units automatically march towards the enemy and also fight independently. You can intervene to a limited extent, for example with a cannon and rockets on your base (if available) or by letting units dash forward or on the defensive, but this requires sufficient energy to be available, as it does not work indefinitely. 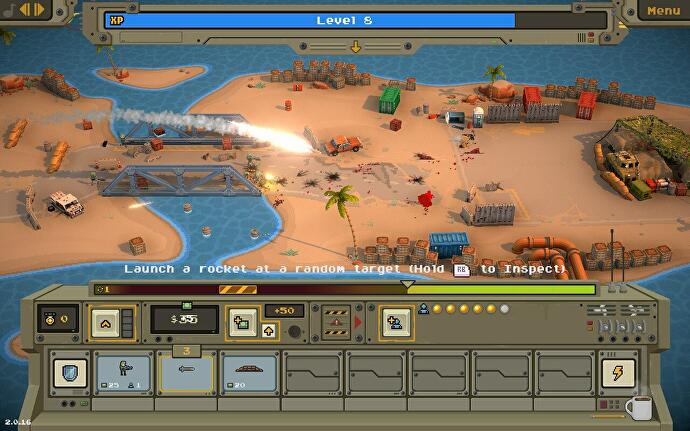 A small rocket in between (if in the arsenal) causes a lot of damage.

Since your units act independently, you need good observation skills. First of all before the start of the mission. On the map you can see the destination and which units are waiting for you there as opponents. You should try to take the right thing with you by putting together your loadout. Key word rock, scissors, paper. There are infantry, vehicles, planes and helicopters, all with strengths and weaknesses and each mission always unlocks a few as rewards (which you also see beforehand) for your arsenal.

It’s about being able to manage what the game puts in your hands and using it wisely, as some have a limited number of uses. At the same time, units can complement and strengthen each other, an upgrade tree will make you stronger over time and you will fight your way through the randomly generated levels more efficiently. A good sense of timing is important. Think carefully about what you spend when and on what, and whether you still have a nest egg to be able to react quickly to new situations. In between, there are always stronger waves of enemies, so that the events don’t become too monotonous. 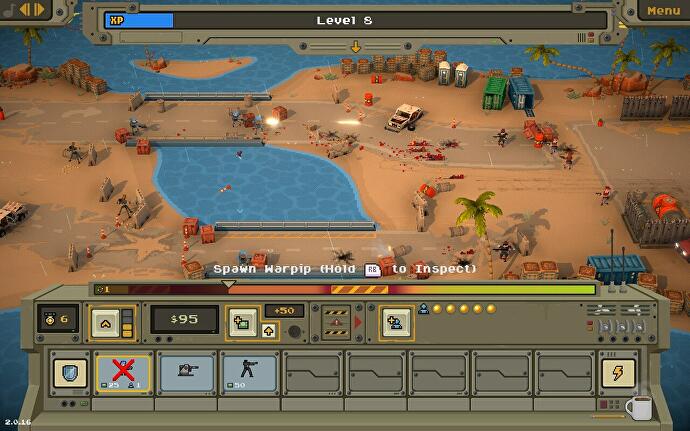 The ultimate goal is to destroy the enemy base.

All this does not get lost in too much micromanagement and is easy to handle. Which in turn makes for those quick laps, and they can be very satisfying when everything is going like clockwork for you. Just be careful not to be overwhelmed by some waves of enemies. If you get the hang of it, you can have a lot of fun here as a commander. And at 15 euros, it doesn’t cost the earth. Are you looking for an explosive strategy for in between? Then take a closer look at Warpips, now also on consoles, by the way!

Resident Evil 8: Shadows of Rose is the first Resi set in the future and nobody cares?

Isonzo is what would happen if you sent me to WWI