Fallout: New Vegas: sequel or new game? Obsidian boss would be up for it…

Fallout: New Vegas: Sequel Or New Game? Obsidian Boss Would Be Up For It…

Despite a bumpy start due to numerous bugs, Obsidian Entertainment’s Fallout: New Vegas is still one of the fan favorites in the series. Will there be a successor or not? At least the wish is there. 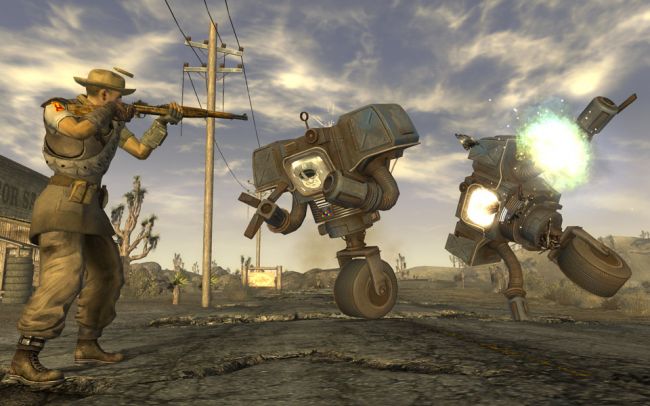 The newer installments in the Fallout series were developed by Bethesda, with the exception of Fallout: New Vegas, which was developed by Obsidian Entertainment and was well received by fans, at least after the game’s numerous bugs were half fixed. The desire for a sequel is not exactly small, at least among the fans, and it looks like Obsidian would not be averse to it either.

At least that’s very clear from statements by Feargus Urquhart, CEO and co-founder of Obsidian Entertainment, to Dualshockers: “If we ever had the opportunity to make another Fallout game, we would do it. It doesn’t even arise Ask if we would do it or not, just if the opportunity arises.”

Although Obsidian is busy with its own projects, such as Grounded, The Outer Worlds 2, Avowed or Pentinent, Fallout is definitely on the wish list for future projects: “If we do Fallout, it has to fit in with what Bethesda is doing with Fallout and many others things, but personally I’d always say my hope is that before I ride off into the sunset, I’d like to make another Fallout game.”

We and most Fallout fans would certainly not mind, because the next Bethesda Fallout will probably be many years away. Bethesda is still working on the final moves of Starfield and has already confirmed that Fallout 5 would come after The Elder Scrolls VI, which is still in pre-production. An Obsisian fallout as a gap filler would not be so bad. And Urquhart is familiar with the series: He was the head of Black Isle Studios at the time and also works as lead designer and producer on Fallout 2.

These are the ten best moments from the Fallout series.