Gotham Knights: On PS5 and Xbox Series only in 30 FPS

Gotham Knights: On Ps5 And Xbox Series Only In 30 Fps

If you’re the type of gamer who values ​​the highest possible frame rates, then you shouldn’t be playing Gotham Knights on consoles. Framerate is disappointingly low on both PS5 and Xbox Series X|S. 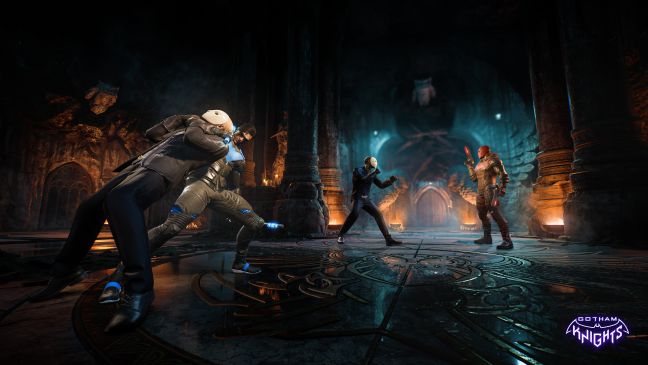 Let’s face it, even on the powerful PS5 and Xbox Series X|S consoles, native 4K resolution at 60 frames per second is a pipe dream. In almost every game you have to choose between a performance and a quality mode. That means: higher number of pixels or faster frame rate. The options are almost always 30 or 60 fps.

In the upcoming Gotham Knights, which we recently previewed, you don’t have to make that choice. But before you shed tears of joy, we have to slow you down. Because the lack of mode selection is due to the fact that the game on PS5 and Xbox Series X|S will only run in 30 frames per second. This was announced by Executive Producer Fleur Marty via Discord.

The main reason she cites is the co-op mode. But some other features of the game are also responsible for the fact that it is not enough to simply “reduce the resolution and get more FPS”. For example, the detailed open world. For the PC gamers among you, however, we can give the all-clear, higher frame rates are of course possible on the computer.

In two weeks you will be able to save the eponymous city from all kinds of shit in Gotham Knights. With the launch trailer, Warner Bros. Games is preparing for the upcoming release. Batgirl, Nightwing, Robin and Red Hood really do their best and Bruce Wayne himself has his say.

Preview of Huawei Nova 10 Pro, a smartphone for Vlog shooting, Content Creator line, must have

Should you buy an HDR monitor?

No Man's Sky: Update 4.04 fixes crash cause on PS5 and more - Changelog