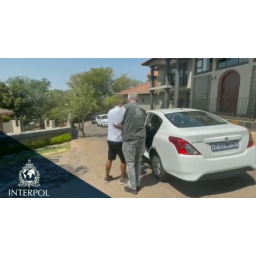 Interpol arrested more than 70 suspected members of the “Black Axe” groupand among them two Internet fraudsters who are suspected of having organized a series of frauds due to which the victims suffered losses in the total amount of 1.8 million dollars.

The suspects were arrested as part of the international police operation “Jackal”, which lasted from September 26 to 30, 2022.

Black Ax was founded in 1977 in Nigeria and is considered one of the most dangerous criminal groups in the world. The group started dealing with cybercrime only in 2015, organizing numerous “love” and “Nigerian 419 scams”.

“Black Ax and similar groups are responsible for most of the world’s financial cyber fraud, as well as many other serious crimes,” Interpol said in a statement. Black Ax and other West African organized crime groups have developed transnational networks responsible for fraud worth millions. What they earn in this way, the groups spend on a luxurious lifestyle, but also investing in other criminal activities, from drug trafficking to sexual exploitation, Interpol said.

During the raids, police seized tens of thousands of dollars in cash, expensive cars, luxury items and 12,000 SIM cards. 1,200,000 euros in the suspects’ bank accounts were also frozen, 75 people were arrested and 49 searches were carried out.

Interpol emphasized the effectiveness of the new protocol of the rapid response mechanism against money laundering (ARRP), which was first applied in “Operation Jackal”.

“The ARRP is a game-changer in the fight against global financial crime, where speed and international cooperation are critical to intercepting ill-gotten funds before they disappear into the pockets of financial moguls abroad,” said Rory Corcoran, Director of Interpol’s Financial Crime and Combating Centre. against corruption (IFCACC).

Cowboy 3 and 4: the brand lowers the price of its electric bikes by going back to refurbished

These Foods to Absolutely Avoid If You Want Clear, Glowing Skin

Preloading of the MMORPG Dekaron G client has started

The Witcher Netflix: Henry Cavill’s departure caused by many frustrations?