Mysterious Control Panel In Genshin Impact: How To Open And Use 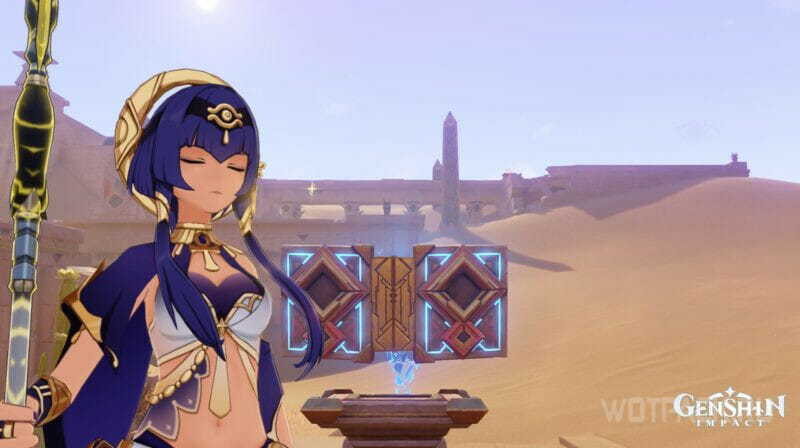 The Mysterious Control Panel in Genshin Impact is needed to use certain tools and open doors in the Sumeru Desert Ruins. In all cases, interaction requires the Red Sand Slab artifact. Not all remotes are initially available for interaction: often, in order to open them, you must first pump the level of power – an analogue of the level of access to various mechanisms.

This guide will detail how to activate the Mysterious Control Panel in Genshin Impact, show its variations, and describe how they fit with the symbols on the Red Sands Plate.

What is the Mysterious Control Panel for? 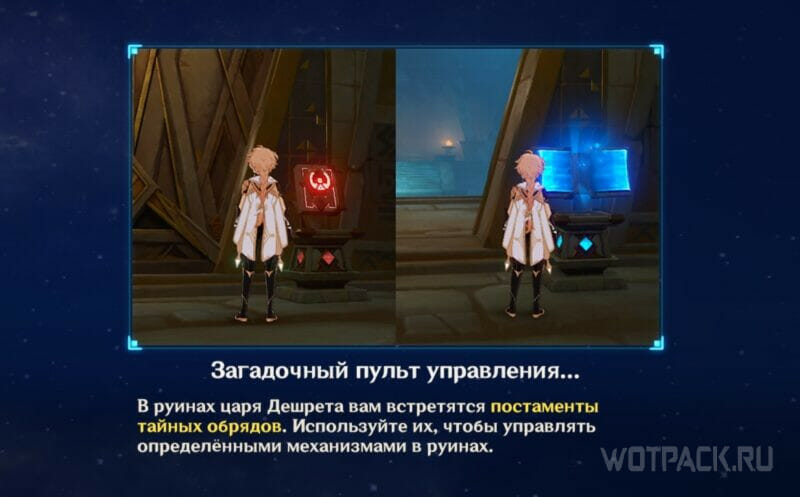 Due to the activation of the Mysterious Control Stations (or pedestals), various changes will occur throughout the desert:

Mechanisms for solving puzzles are unlocked: some cells of truth, blades, beam cells and others. Doors will open to the most secret corners of the desert ruins, including quest ones (Haj Nisut and Duat Hall).

A separate article contains all the new puzzle mechanics in the deserts of the Dendro region.

What do the symbols on the Mysterious Control Panel mean?

Mysterious remotes are ranked according to the symbols imprinted on them. They display access levelcalled in the game level of power, which should have an unlocking key – Red Sands Slab. Among the symbols:

Seals: from 0 to 4, will allow you to control certain mechanisms and unlock doors. Designation Hajj-nisut. Symbol of the Hall of the Duat.

The number of characters on the remote must coincide with lit symbols on the Slab glowing light blue. If it is sufficiently pumped, then the remote will burn blue and available for interaction. If a redthen this indicates insufficient pumping of the Plate.

Check out the screenshots of the unique pedestals at the Hajj Nisut and the Duat Hall:

The following photos show five remotes with power levels from 0 to 4:

To turn remotes from red to blue, collect power. How to do this is described in a separate article.

How to activate the remote control

Let’s take an example of how to unlock the pedestal in the game. The screenshot shows the 4 sealsblocking the cell of truth. 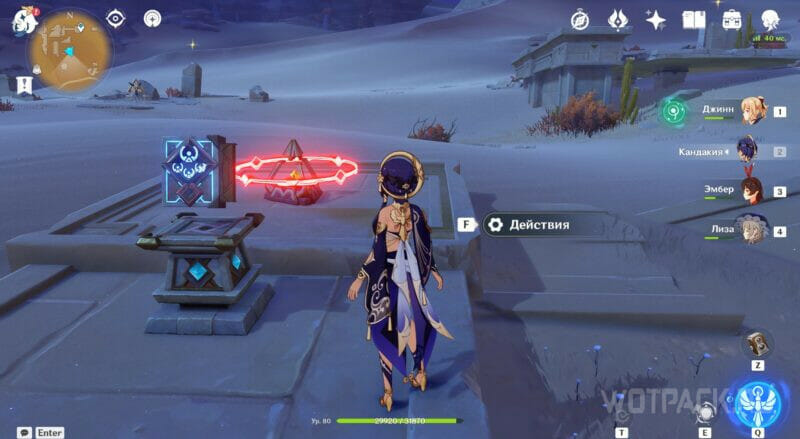 To find out what level is required to use the mysterious control panel, you need to check the number of active symbols on the Red Sands Plate. In this case, four signs should be lit.

To do this, open the Inventory, section “Exercise”, use the Stove and look at the number of blue symbols. It shows unlocked 4 characters. That’s why the pedestal is on fire blue color and available for activation. 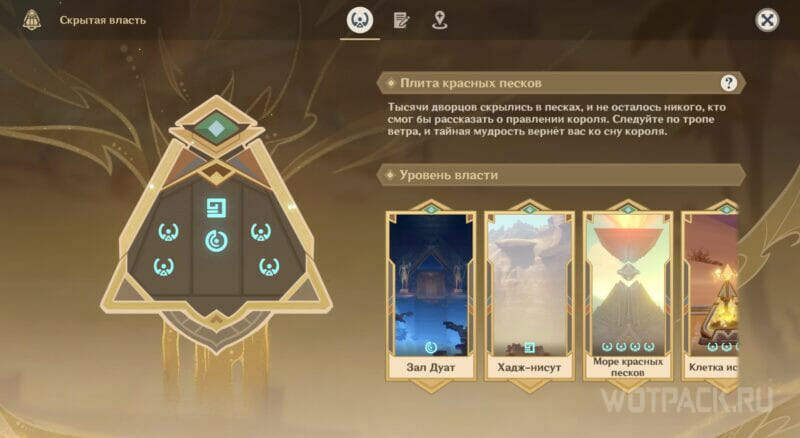 Press “F” and remove the block from the cell of truth. 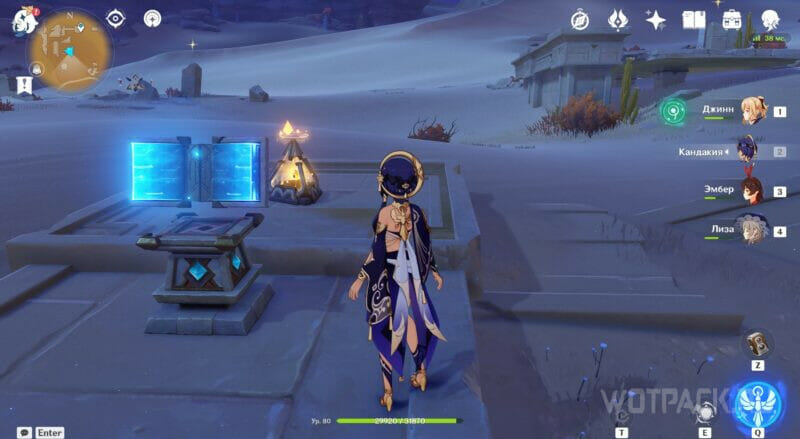 In this way, it can be determined whether the control panel is available for activation and how much more the power level needs to be pumped in order to open the mechanism.

We are glad if the guide helped to understand the complex mechanics of the Mysterious Control Station in Genshin Impact. Bookmark your favorite articles. If you have any questions on how to activate and use the Mystery Remote, please contact comments. The site is constantly updated with new Genshin Impact guides: hurry up to get acquainted.

These Foods to Absolutely Avoid If You Want Clear, Glowing Skin

Coach of Argentina: “The tenth number decided the outcome of the game, but it’s too early to rejoice”