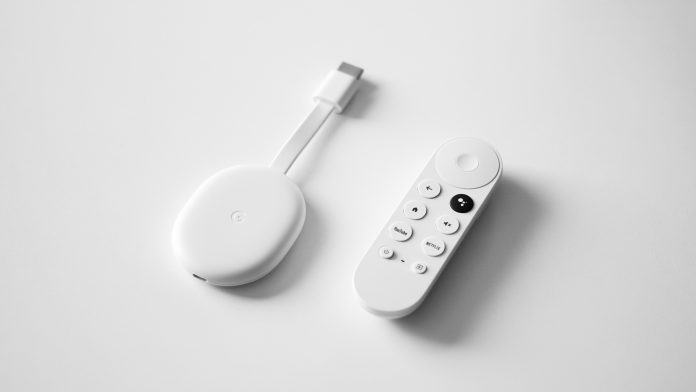 Android 12 is finally available on the Chromecast with Google TV 4K from 2020. These are all the new features that the update has to offer.

When the HD version of the Chromecast with Google TV was introduced, Google promised to come up with an Android 12 update for the 4K version. When the update would roll out, remained unknown. 9to5Google reports that the update for the streaming dongle has started. As a result, the Android 12 update will be available to everyone in the course of the coming weeks. If we go through the update, the number of innovations turns out to be quite disappointing.

Android 12 for Chromecast with Google TV

Below we have listed the most important innovations for the Chromecast with Google TV. Note that the update is specific to the 4K version of the Google TV-powered Chromecast, which Google introduced in 2020. The HD version available since September came with this Android version.

Google has tweaked the firmware of the Chromecast with Google TV (4K) so that it can equate the frame rate it streams to your TV with the images it plays. Videos are thus displayed more smoothly, regardless of the source of the material being played.

Users can now deny apps access to a connected camera or microphone. As a result, apps cannot use the camera or microphone without your knowledge. This can be useful for those who like to connect a webcam to their Chromecast to make video calls on the ‘big screen’.

Your Chromecast with Google TV (4K) is a lot safer after this update. Google says it has updated the patches from May 2022 to September 2022. It is unknown whether security vulnerabilities specifically related to the Chromecast have been fixed. New security patches are – as far as we are concerned – always welcome.

Sounds nice, but how do you get the update on your Chromecast with Google TV? To do this, navigate via your profile icon on the home screen to Settings -> System -> About -> System update. The update is automatically ‘downloaded’ as soon as it is available. If Android 12 is not available to you yet, please try again later.

The best gamepad games on PC 🎮

Gotham Knights: On PS5 and Xbox Series only in 30 FPS

Preview of Huawei Nova 10 Pro, a smartphone for Vlog shooting, Content Creator line, must have

Marvel’s Midnight Suns approaching: all about the abbey that will serve as HQ for superheroes