A Plague Tale Requiem: 30FPS & 1440p – The successor in the performance check

A Plague Tale Requiem: 30fps & 1440p – The Successor In The Performance Check

The long-awaited story adventure “A Plague Tale: Requiem” is now available for consoles and PC. The first detailed performance check reveals what is technically offered in the successor. 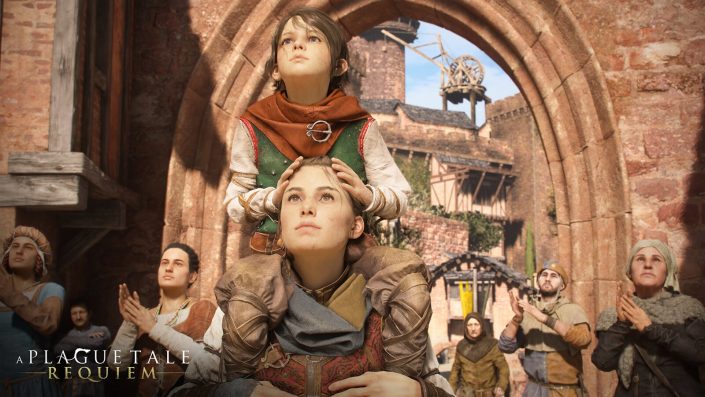 In keeping with today’s release, the obligatory performance checks should not be missing. According to a test, “A Plague Tale: Requiem” is displayed on both the PlayStation 5 and the Xbox Series X in 1440p resolution and 30 frames per second. On the Xbox Series S, on the other hand, players will have to settle for 30FPS in the native 1080p resolution.

The loading times are on the same level on all three consoles, with the Xbox Series X being slightly ahead here.

120Hz mode with a positive effect on the frame rate

If the 120Hz mode is activated on compatible TVs or screens, “A Plague Tale: Requiem” is displayed on all three consoles in 40 frames per second. However, the performance check shows that the PlayStation 5 version of the adventure in particular has to struggle with unsightly frame rate drops and in moments in which its Xbox Series X counterpart is displayed with the targeted 40FPS Values ​​can drop up to 26FPS.

According to the testers, there is still a little catching up to do here. It remains to be seen whether there are already suitable updates that the developers at Asobo Studios will use to deal with the frame rate drops in “A Plague Tale: Requiem”. An official statement on the technical deficits of the successor is still pending.

A Plague Tale: Requiem is available for PC, PlayStation 5 and Xbox Series X/S. The story revolves around the two siblings Amicia and Hugo de Rune, known from the first part, who travel to southern France after the events of “Innocence” and look for a possible cure for Huog’s illness on a legendary island.

God of War, the Ragnarok is coming! Sony launches a series of Behind the Scenes videos

Vinicius JUNIOR: “I told Richarlison in the dressing room that he should score”