Alexander ZUBKOV: “Our results in the Champions League are not a sensation, but our work and faith”

Alexander Zubkov: “our Results In The Champions League Are Not A Sensation, But Our Work And Faith” 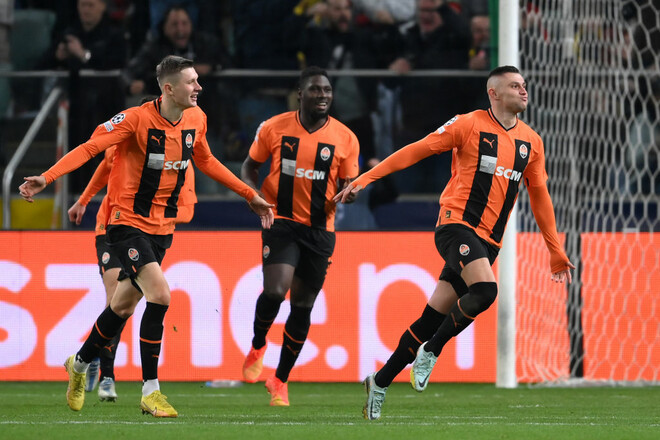 Oleksandr Zubkov, 26, returned to Shakhtar this summer and has become one of the leaders of the revitalized Jovićević team. The midfielder has already scored four goals for the Pitmen this season, including against Dynamo Kyiv and twice against Real Madrid.

On the eve of the Ukrainian Classico, Zubkov answered questions from the club’s title partner Parimatch Ukraineand spoke about the atmosphere of the matches against Dynamo, his goals against “creamy” and the goals of the team this season.

– For all Ukrainian fans, the match between Shakhtar and Dynamo is always intense until the last second, a full stadium, red cards, millions of Ukrainians watching TV. And regardless of the situation in the country, regardless of the state we or Dynamo are in, this is always the number one confrontation. This is a challenge for both teams. Before the start of the season, everyone said that we had a new team, that we had less chances in the Premier League, but the situation in the standings shows that we are moving from match to match. Yes, Dynamo may not be in the best condition, there are problems, but I am sure that the game between us will be combative and interesting.

About returning to Shakhtar
I was in the national team (May 2022. – author’s note) when we started talking with Dario. It was important for me where and how the championship will be held. Because at that time it was not known whether it would start at all. And this is an important factor. But then, when everything was explained to me, they told me where we would be based, where we would play matches, then after a day or two I said: “Yes”. Of course, my relatives were worried that I was returning to Ukraine. But I understood the situation, talked to several of my coaches here, and chose a career. In the previous club (Ferencváros) I was not entirely happy, somewhere there were incomprehensible steps on the part of the management, so I quickly decided for myself that I want to go to Shakhtar and choose football.

On the beginning of the war and assistance to Ukraine
Now everything is fine. My relatives are in Kyiv, and my wife’s family is in Dnepropetrovsk. In the first days after the war in Ukraine began, I could not train properly. I came to the base, but was engaged in delirium, because all my thoughts were not on the football field, but somewhere far away. My wife’s family was in Kharkov at that time, we decided how we could help them, because Kharkov was one of the first affected cities. We were very nervous, we were worried about our relatives. My father and mother were not in Ukraine at that time, so we can say that we were lucky. So the main task was to help the wife’s family.

Many friends asked for help with housing in Hungary, we helped. We also have several groups where we raised money and helped Ukraine.

Sports out of politics? Perhaps before 2014 it was possible, but now it is no longer.

About the rivals of the national team in the selection for Euro 2024
At Euro 2020, I was rooting for Italy. When they sing the anthem, you feel their special spirit. So I was impressed by this team. Will we be able to compete with England and Italy to qualify from the group for the Euro? We will do our best and give our all to make it happen.

On goals against Real Madrid and performances in the Champions League
To score against Real Madrid at any level is an emotion that I will remember for the rest of my life. But after our last game there is such a sediment, so it would be nicer to beat Real Madrid 1-0. But if someone told us that we would earn one point, everyone would be happy. So the feeling is twofold. My goal? This is all cross-country of Body Mikhailichenko, and I was in the right place at the right time.

Of course, we all read the comments and saw what was said about us before the start of the Champions League campaign. But the coach instills faith in us, a special spirit, we go out and fight for each other. We do not currently have distribution for legionnaires or Ukrainians. We are all one team, all Ukrainians, we are fighting for the emblem on the chest and for the country. I believe that our result is not a sensation. This is our work and our faith. I had an individual conversation with Jovićević when I first joined the team. I like working with him. And I heard from many players that he is a good coach, a motivator. He also has tactical ideas that we improve from game to game.

Everyone in the world already knows what a strong nation we are. We believe in our defenders and we must never give up.

Tomb of King Deshret in Genshin Impact: how to get in and solve all the puzzles

Hid it for a long time. Former NBA player coming out