Information Security Specialist Sam Crowley told about the capabilities of the GeForce RTX 4090 video card in cracking passwords. The new generation flagship confidently broke the records of the previous leader, the GeForce RTX 3090. It is indicated that the new card showed high performance even against the Microsoft New Technology LAN Manager (NTLM) and Bcrypt authentication protocols. 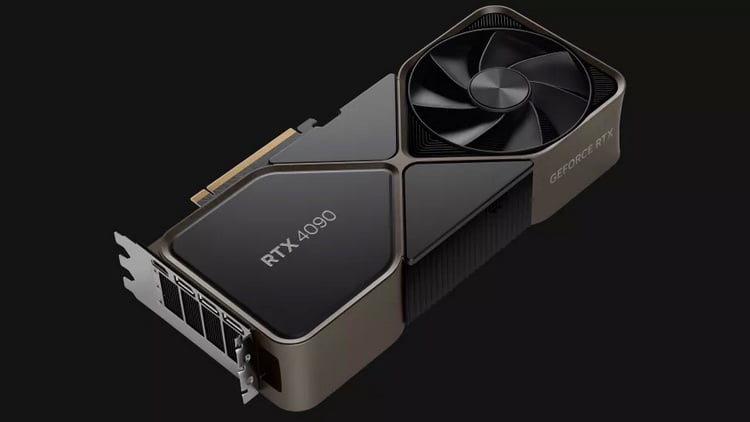 Based on Crowley’s findings, Tom’s Hardware Portal informsthat even one GeForce RTX 4090 is very effective in cracking passwords and is able to cope with the task in a few days. And the presence of eight such video cards reduces the time for guessing passwords to 48 minutes. That’s how long it took a bunch of accelerators to go through about 200 billion possible combinations and eventually crack an eight-digit password. 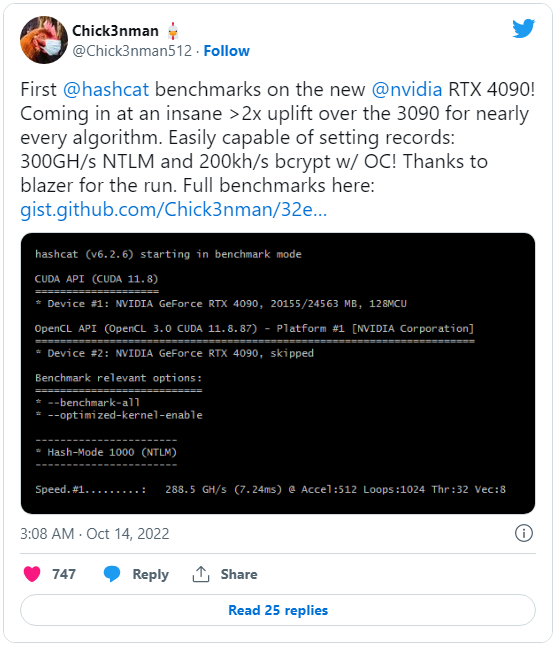 The passwords cracked as part of the experiment were in line with current security practices and consisted of random case letters, symbols, and numbers. The tests were carried out using HashCat V.6.2.6. This tool is known to system administrators and cybersecurity professionals. It is worth noting that Crowley himself was one of the developers of this software. HashCat allows researchers to verify or guess user passwords when needed.

The GeForce RTX 4090 has been shown to be effective in several types of attacks provided by the HashCat software: dictionary attacks, combinatorial attacks, mask attacks, rule-based attacks, and brute force attacks. With almost all hacking algorithms, the new video card turned out to be almost twice as effective as the GeForce RTX 3090 model.

While the test results may seem intimidating, it is important to note that the approach may only have a limited set of real-world use cases. Not every GeForce RTX 4090 owner will use it to crack passwords. Also, password cracking with tools like HashCat is usually suitable for offline assets, not online resources. The chances of your computer being targeted by a GeForce RTX 4090 password cracker are low.

WearOS app gets 50 million downloads, but its days are numbered