Grigorchuk: “we Saw Chernomorets In A Different Place In The Standings” 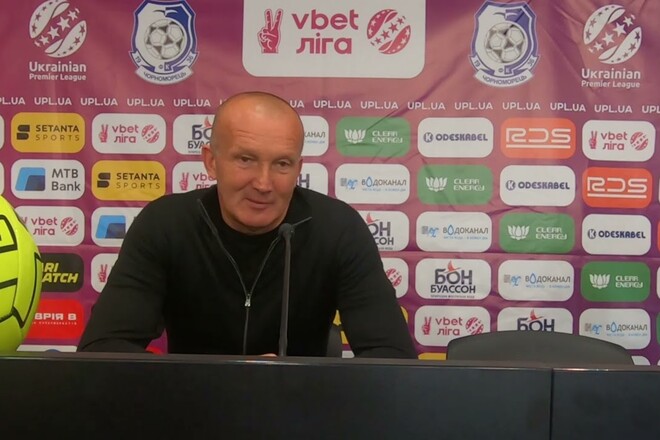 Head coach of the Odessa “Chernomorets” Roman Hryhorchuk commented on the crushing defeat from Zorya Lugansk (0:4) in the 8th round of the UPL:

“There was a lack of a number of things and components. Now I don’t want to analyze and say anything. It’s just such a state that I would leave it all without comment. Of course, we have something to think about and work on.

If I had managed to score at the start of the match, everything would have gone differently, I’m sure. And so we have an emotional state, to put it mildly, not so hot. We saw ourselves in a different place in the standings, but it’s shaping up the way it’s shaping up. We should have scored more points than we have now. Today’s game is not taken into account, of course.

At the beginning of the game, I had the best hopes. Should have scored early in the game. When we conceded a goal, we began to act worse. We missed after a mistake that could not be tolerated. And in the next goals, we generally helped the opponent. We lost the ball near our penalty area, and the opponent does not forgive such moments.

You can lose both 0:6 and 0:7, but the biggest negative is that most people are not able to try to overcome this situation. And this is very important in sports. You can’t stop playing.

You can’t foresee anything. The team must overcome this lane, because if not, it’s hard for such people in sports. I think together we can get through this. We need to win. The game against Zorya was the worst of the seven we played, but I don’t think that’s what we were trying to achieve.

If in the next match we concede in the first minute, then the team should be able to overcome such a situation. It can’t be like giving up and stopping playing after a missed goal.”

A Plague Tale Requiem: Will the Series Have a Third Chapter? Asobo answers

Disney+ arrives on Vodafone Portugal with 6 and 24 month offers

No time to fool around, Nvidia would draw its RTX 4070 Ti in early January