Even though the initial hype has died down a bit, Amazon’s New World continues to be successful in the MMORPG market. Now the title has received its biggest update since launch. 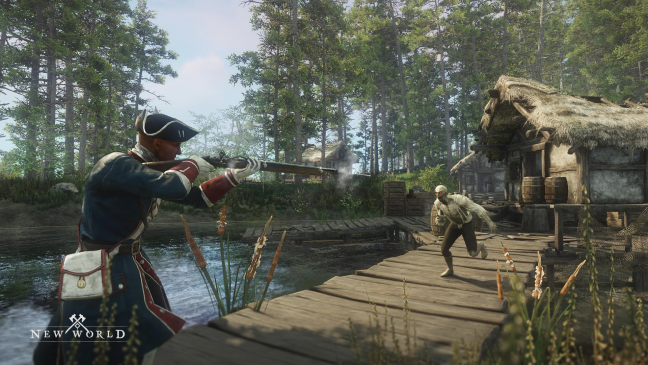 With the “Sulphur Sand Desert”, Amazon Games has given its online role-playing game New World the biggest update since the original publication of the title in September last year. Among other things, you can go to the new area that gives it its name and discover all sorts of new things there.

The new region aims to be unlike anything else you have seen in Aeternum to date. The Sulfur Sand Desert is a remnant of an Egyptian kingdom that waged war against the ancestors thousands of years ago. You can also look forward to new enemies, new territory to control, and new stories to experience.

The complete revision of the first 25 levels of the game should ensure a better game start. When you start a new game or create another character, brand new stories and quests await you. The quest flow through the areas has been optimized and a number of new quest dynamics have been added. There are also new enemies, points of interest and challenges.

An overview of other relevant innovations according to official information:

Enneade Expedition: Challenge the corrupted Legion and explore the ruins of the ancestors, where they face the vigilant Anubis guardians. Hieroglyphic puzzles are also solved in order to gain new power. Weapon Greatsword: The update also introduces a new weapon, the powerful Greatsword. This two-handed weapon uses attack and defense stances to adapt to different situations. The weapon also has two different skill trees. Heart Gem Abilities: Adventurers can now further customize their playstyle with Heart Gem Abilities. These include Explode, Twining Vines, and more.

From November 2nd, the new “Fresh-Start-Server” should also start, which is aimed at newcomers and returnees.

Steam Deck: User gets a turkey fryer with console, but Valve wants it back

Xbox: With the mobile app you can edit, cut and share game clips

Why 8K TVs could be banned in Europe

FRIDA KAHLO, THE DAUGHTER OF THE BIG MORNING | DEBUT