Obsidian, the studio behind Fallout: New Vegas, The Outer Worlds, and Grounded, is interested in developing another game in the popular post-apocalyptic franchise, Fallout. Given the busy schedule of Bethesda Game Studios, whose priorities are currently “Starfield” and then “Elder Scrolls VI”, an order would be realistic and desirable from the fans’ point of view. However, this is due to several factors, as studio boss Feargus Urquhart shared in an interview with DualShockers.

In fact, Urquhart is very clear in the interview that if the opportunity presented itself for Obsidian to develop another Fallout, it would seize it. Elsewhere it says that this must be done in close consultation with Bethesda:

“If we were to do Fallout it would have to be consistent with what Bethesda is doing with Fallout and a lot of other things, but personally I’d always say my hope is that before I ride off into the sunset, I’d like to do another Fallout… would make game.”

Obsidian and Bethesda are both under the Microsoft umbrella, making a future “Fallout” title in the former’s hands quite likely given the motivation shown in the interview. However, Microsoft has not yet announced a new offshoot after buying the studios.

To mark the franchise’s 25th anniversary, Obsidian tweeted that the studio was too busy to take on a “fallout” and shortly thereafter launched a podcast featuring Tim Cain, Leonard Boyarsky and YouTuber Oxhorn. 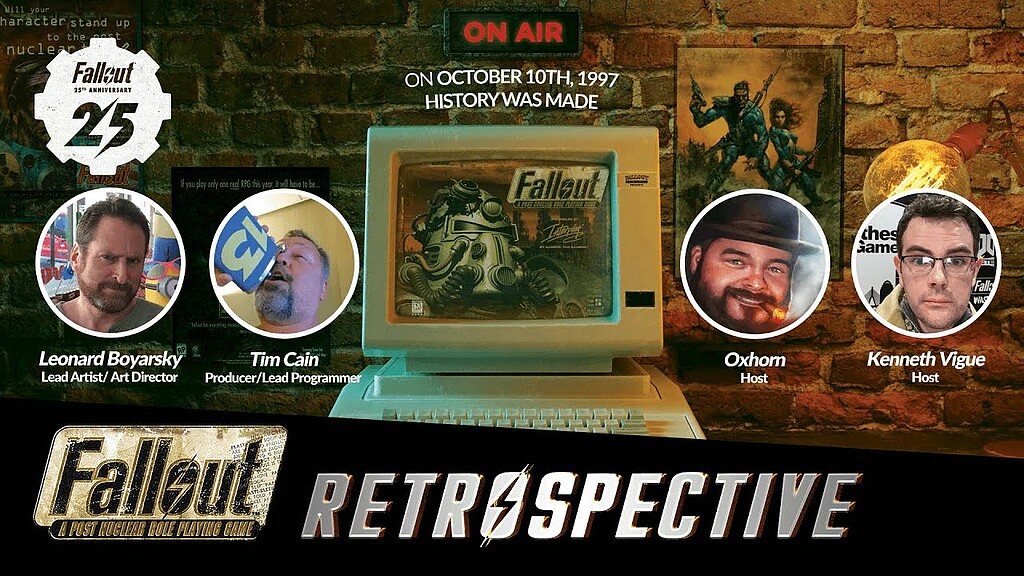 The 80s, pixel art and nostalgia… The indie games of the week not to be missed!

Nothing Ear (stick): here is the official design and first details of the earphones

After 16 years of development for Diablo, the largest mod is released - with 4K and restored content

Kaspersky introduced the Neuromorphic Platform, a platform for developing solutions based on the Russian Altai neuromorphic chip / ServerNews