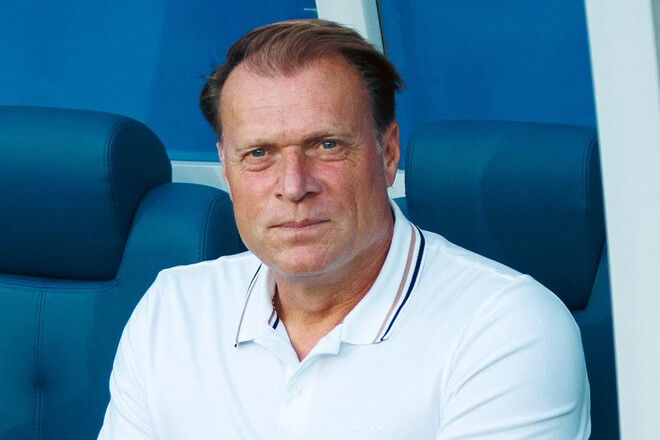 The head coach of Zorya Luhansk Patrick van Leeuwen summed up the results of the game of the 8th round of the UPL with the Odesa Chornomorets, which ended in a convincing victory of his wards with a score of 4:0. The 53-year-old Dutchman said his team should have won by a larger margin.

– One of the goals set for this game is not to let a single ball into our goal. The first 10-15 minutes were nervous for us, and then everything went in our favor. We started to quickly create chances and were able to score. Before the break, they tripled the score, which is good news. Then Yevgeny Shakhov put an end to this fight with the final, fourth goal. Although there were moments to score more.

– The team did not stop even with the score 3:0, they ran forward. Why do guys have so much motivation?

– In past matches, we did not use our chances, so we wanted to fix it in this match. The more goals scored into the opponent’s goal, the more confidence my guys have.

– Did you think that you could beat Chornomorets 4-0?

– We watched their meetings, for example with Shakhtar. There they showed a good game, put pressure, had good possession of the ball, the speed was on the level. We used our chances in the first half and to some extent guaranteed ourselves a plus or minus quiet game in the second. But we just kept playing our game.

The Sims 5, is that you? EA announces Project Rene, the new chapter of the blockbuster sim-life

Harvest Moon - Back to Nature: Hints of PS5 and PS4 versions of the classic surfaced

Cassette Aux: Music from mobile phone on cassette player! As!?

MMO League of Legends: “Riot will cancel the game if it’s not good enough”

FIFA 23 TOTW 5: Vlahović and Barella in the Team of the Week 5