Rotan: “strategically, The Game With Spain In The Last Round Looks Good” 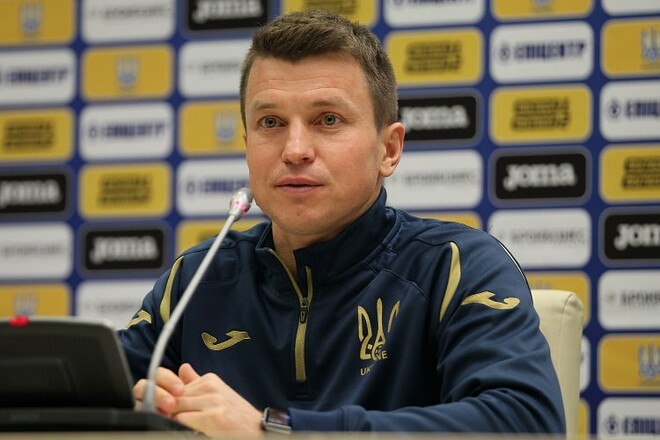 Head coach of the youth team of Ukraine Ruslan Rotan commented on the results of the Euro 2023 U-21 final tournament draw:

“There are no weak teams in the final tournament, it will not be easy with everyone. But I’m sure it won’t be easy for our opponents either. I note that this tournament is somewhat special. It has not happened for a long time that all the strongest teams in terms of rating made their way to the forum.

Spain – a very strong opponent, she does not need recommendations, many of her performers are involved in the ranks of the national team. We saw the matches of this team when we were preparing for the play-offs with the Slovaks, because these teams fought in the same group. In general, the Spaniards are giants at the level of youth teams, they always reach the semi-finals, they took gold five times.

Romania – the owner of the championship, and that says it all. We met her in the previous qualifying round and are well aware of her strengths. Croatian everyone knows the school, until the last round the Balkan team fought with Norway for the victory in the group, and knocked out the powerful Danish team in the playoffs.

Strategically, the meeting with Spain in the last round looks good. However, we will still face every team in the group. In each match you get three points for a win and one for a draw. And if we want to go further, at least get out of the group, we need to reach the maximum in every fight.

During the draw in Bucharest, the Ukrainian youth team learned the names of their opponents in the final tournament of Euro 2023 U-21. The Blue-Yellows are in Group B, where they will face Romania, Spain and Croatia. The team will start their journey with a duel against Croatia, which will take place on June 21, 2023 in Romanian Bucharest.

GRIGORCHUK: "We saw Chernomorets in a different place in the standings"

Mattel toys arrive on eBay, from Barbie to Jurassic World through Harry Potter