Samsung Wallet: The list of countries where the application is now available | NextPit

Samsung has expanded the list of countries where its Wallet app can be used on its Galaxy smartphones. Samsung’s digital wallet app is now available in more than 20 countries. NextPit has listed for you the countries where Samsung Wallet is available and how to download the application.

The South Korean manufacturer says Knox is integrated with Samsung Wallet, which improves the security of the application by adding layers of encryption and biometric elements such as fingerprint recognition. Knox also uses an integrated chip present on compatible Galaxy smartphones to prevent physical and digital hacking.

Samsung Wallet: The different types of data that can be stored

The Samsung Wallet app allows you to store the following:

Samsung Wallet: The list of countries where the application is available

Samsung Wallet was initially rolled out in eight countries, including the US, UK, France, Germany, Italy and Spain, but will soon be available in 13 new territories in Europe and Asia before the end of the year.

How to update your Samsung Pay or Pass to Wallet app?

Samsung has announced that you will be prompted to perform a software update by opening the Samsung Pay or Pass app, once the new Wallet app is available. You can also check for updates on Samsung’s Galaxy Store app. 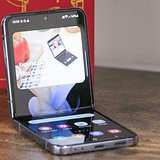 What digital wallet app do you use on your smartphone?

Assassin’s Creed Invictus: new details from the Ubisoft report on the multiplayer game