The Callisto Protocol It might have been postponed to 2023based on a new release date absolutely not confirmed but appeared on the Epic Games Store and (at the moment) still visible on the page dedicated to Halloween discounts.

There is still no security in this regard, but a particular appeared on the Epic Games Store has not gone unnoticed by the gamer community: by going to this page of the Epic Games Storewhich collects the main horror games coming and discounted on the portal, we can see a new release date for The Callisto Protocol: the February 12, 2023.

It is probably a mistakeconsidering that it could be a wrong transcription of the date, written from the European to the American style with the exchange of the number between month and day, however a postponement to the game would not be absurd, considering how these have become practically a normality in this period . 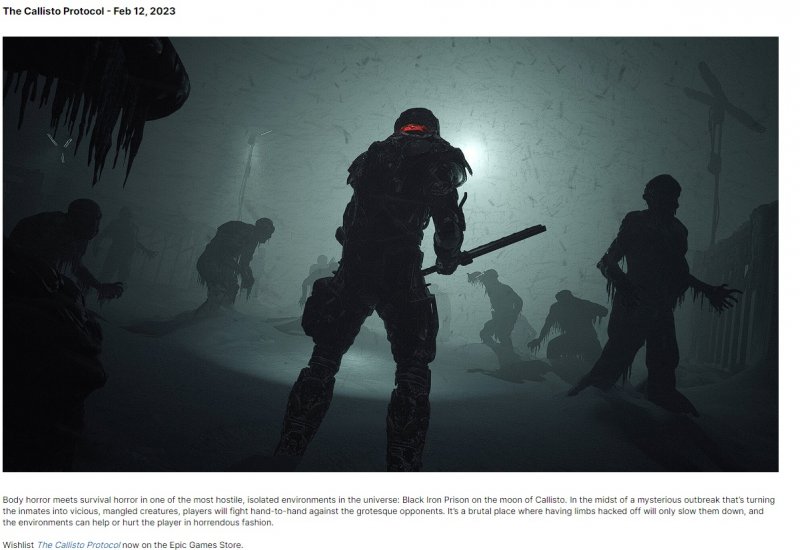 Considering that the release was scheduled for December 2, 2022 but the title has always been among the main suspects at a postponement next year, it would not be incredible such a move.

For the moment we are just waiting for any official information from the publisher Krafton or the Striking Distance team, but we bring the matter back, considering that the release date was announced only a short time ago, so it should not be particularly in “danger” .

The Sims 5 finally unveiled? The first info on Project Rene

The United States imposed a complete ban on the supply of telecommunications and video equipment from China – in particular, products from Huawei, ZTE and others