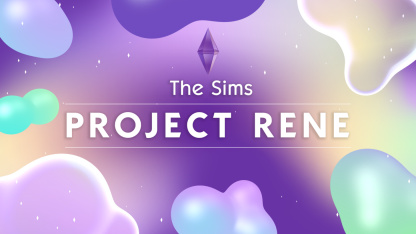 Today, October 18, the basic version becomes free The Sims 4, the famous life simulator released in 2014. and company EAas suggested by a variety of sources, the cardinal markdown was timed to coincide with the official announcement new part. The upcoming game is still at an early stage of development, so it was presented under a working title Project Rene. And in the course Behind The Sims Summit showed only a few fragments of the build mode and introduced cross-platform features. The name Rene was chosen to hint at the renaissance and bright future of the series The Sims. The creators promise that the new part will fundamentally change the way Sims think and behave, as well as how players create and change their own worlds. In Project Rene, we will have a choice: play alone or collaborate with other members of the community. So far, the details are not explained, but the team promises to talk about the development of the game in progress. Especially since it will take a few more years. The Sims 5 story starts at about 27:00 2 want to be related to the TV series “Narco”

Paris Games Week: Ubisoft will be present for the return of the biggest French video game fair, here is the program!

Amazon comes to the Netherlands with new Echo Dot speaker

The switch to USB-C is a painful one at Apple

Atomic Heart like Halo Infinite: first impressions on the FPS on video