Númenor, the fabled realm of men, greatest of the Second Age, features prominently in the Amazon series The Lord of the Rings: The Rings of Power. But what is this island kingdom, how did it come about, what happened there – and why is it doomed to sink even in the series?

I’m poring over Tolkien again, sinking my nose into the canon that JRR Tolkien created and on which the series on Amazon Prime Video is based – sometimes in larger parts, sometimes in smaller ones. Travel with me to the island kingdom of men, visit Númenor with me, the scene of a smoldering civil war in Rings of Power. For the sake of clarity, I have not listed all kings and queens, but have limited myself to those for which there has been really significant development in the Dúnedain realm. If you are convinced that I made a mistake somewhere or forgot something important, please use the comments.

Why was Númenor formed?

You will look in vain for Númenor on the maps of the First Age of Middle-earth, for the island, shaped to some extent like a star, was not raised from the waters of the Maia Osse until the beginning of the Second Age. The island is a gift to the Edain (the people). Although I should perhaps differentiate: a gift to the long-lived Dúnedain, for they assisted the Elves in the fight against Morgoth. And because there is seldom just one name for a place in the Tolkien legendarium, I’ll give you the other names of Númenor: Andor, the gifted land, and Westernis, the westernmost of all mortal lands. And in the Elven language Quenya that is just Númenóre.

There would also be: Elenna and Elennanóre (toward the star, because Númenor was found when men followed the Star of Earendil), Atalante, Akallabêth, and Mar-nu-Falmar (the former being the Quenya name for the lost Númenor, the latter the Andûnaïan name, third the name of the Dúnedain for the sunken realm). Anadûnê is Andûnaïsh for westernism, Yôzâyan for gifted land.

Armenelos in Rings of Power, in the background you can see the Meneltarma. Source: Amazon Prime Video

As already mentioned, Númenor has the shape of a star. In the center you will find the Meneltarma volcano and from there five mountain ranges stretch to the star peaks of Númenor. The largest cities include Armenelos at the foot of the volcano, and apparently the main setting for events in the series (save for a trip by Elendil and Galadriel to the west coast), and Rómenna, the port on the east coast, facing Middle-earth.

When the Númenóreans were even bigger fans of the Elves, the west coast (towards Aman) was also settled, there are the cities of Eldalonde and Andúnië. But when the aversion to the elves increased, most of the Númenóreans settled in the golden capital of Armenelos, and some were even forced to do so.

The island was settled by the Edain some years after the beginning of the Second Age, and Elros, brother of Elrond and son of Earendil, was enthroned as King Tar-Minyatur. As you can imagine from his story, Elros was a great friend of the Elves. Not surprisingly, the people at that time mainly maintained relationships with the elves of Tol Eressea. Under the reign of the fourth king of Númenor, Tar-Elendil, the Númenóreans became known as great navigators, sailing to Middle-earth for the first time in many centuries.

Exciting: The sixth king, Tar-Aldarion, changed the laws of Númenor for the sake of his daughter, because Ancalime, as she was called, was his only child. Thus he made it possible for the first queen of Númenor to succeed him on the throne. Tar-Aldarion was enthusiastic about seafaring and shipbuilding, and maintained a close friendship with Gil-galad, which even resulted in the development of the port of Vinyalonde in Middle-earth. Also, the Númenóreans began to help the people of Middle-earth who were suffering under Sauron.

But because Aldarion was always on the move and her mother Ancalime had brought her up to be a cold-hearted and headstrong woman, Númenor’s creeping departure from the Elves began with the reign of Tar-Ancalime. Ancalime rescinded Aldarion’s policies, largely because she could, and no longer supported Gil-galad, who already sensed the renewed Darkness in the East. Gil-galad could only hope for support in the fight against Sauron from the eleventh king of the Númenóreans, for although Tar-Minastir envied the elf he also admired her.

It was he who sent a great fleet of warfare to Middle-earth to support the Elves in the battle for Eregion. But it should be said that Tolkien got tangled up in the story himself, because Tar-Minastir was king of Númenor from 1731 ZZ, but he is said to have sent the fleet as early as 1695. As it is, at some point you might get confused ^^ I’m just imagining the paperwork that Tolkien’s son Christopher had to deal with when putting together the accompanying work for The Lord of the Rings and The Hobbit … 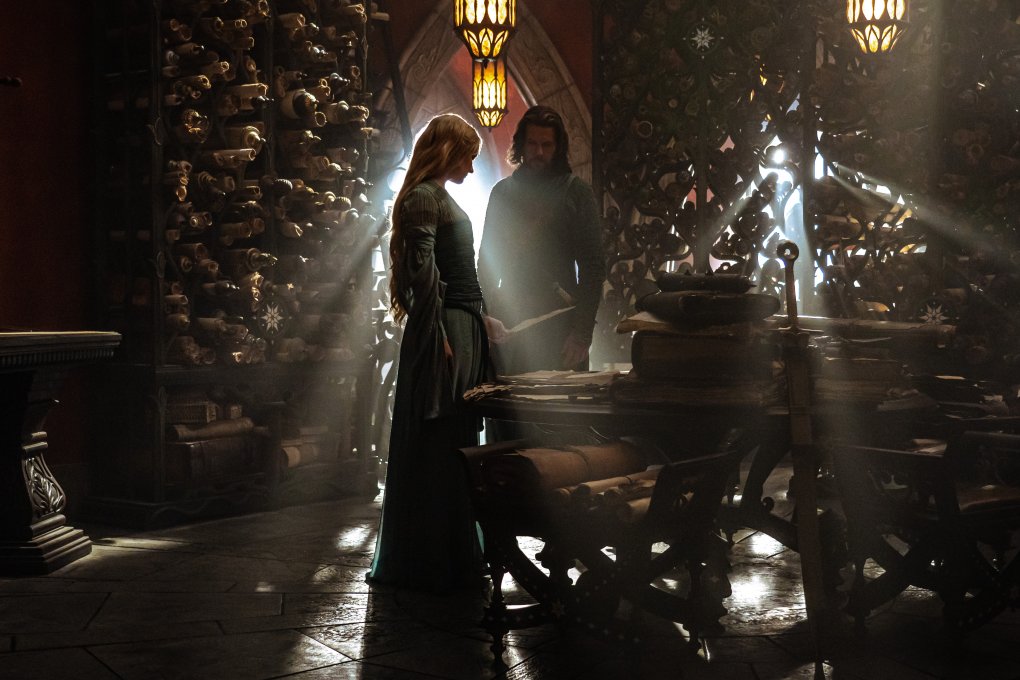 The Númenóreans turned against Elves and Valar, and it is a wonder that the writings of the Eldar still exist. Source: Amazon Studios

With the reign of the twelfth king, Tar-Ciryatan, a certain pattern creeps in among the Dúnedain. The king reluctantly complies with the Valar’s instruction not to sail to Aman. At the same time, the monarch, notorious for being greedy, demands impossible tributes from the colonies in Middle-earth. His son Tar-Atanamir continues what his father taught him. The humans rebel against the Valar and there is a break with the Elves. With his heir Tar-Ancalimon, the two factions on the island are formed publicly for the first time: the king’s faction, who despises the commandments of the Valar, and the faithful, few in number, who cling to the friendship with Valar and Elves.

The reign of Tar-Camalcil, now the 18th king of Númenor, can also be highlighted. He was the first king to bear an Andûnaïan name (the language of Númenor, all Tar names are from Elvish Quenya) with Ar-Belzagar. Camalcil was a great captain in his youth, conquering vast tracts of land along the coast of Middle-earth. Much to Sauron’s displeasure, of course. And that will pay off later.

From the 20th king, Ar-Adûnakhôr, the Andûnaïsh names then became common; mistrust of the Valar and Elves grew steadily among the populace, as did envy of their immortality. The use of Quenya, Noldorin and Sindarin has been officially banned. If elves from Tol Eressea still landed on the shores of the island, then in secret – just as the faithful only taught their children the High Elvish language in secret. However, Ar-Adûnakhôr wasn’t quite as crazy as his successors. Isildur and Elendil belong to the faithful but can’t really show it. Source: Amazon Studios

The fall of Númenor – even more so now

With Ar-Gimilzôr, the 23rd king, things really get going. He, too, forbids the use of the Elven tongues, forbids Elves to come ashore, and punishes those who maintain friendships with Elves. If you’re wondering why Galadriel in the series meets with so much rejection upon her arrival in Armenelos, here’s why.

Ar-Gimilzôr expels the faithful from their homeland in western Númenor, many of whom then flee even to Middle-earth. The rest settled to the east in and around Rómenna, under constant, suspicious guard. Ar-Gimilzôr marries Inzilbêth against her will and the couple have two children – Inziladûn and Gimilkhâd. The mother is a secret faithful one and teaches her firstborn the values ​​and teachings of the elves, while her secondborn aspires more to the father.

Much to his displeasure, Ar-Gimilzôr must pass his scepter to Inziladûn, as required by law. Inziladûn becomes Tar-Palantir, the 24th king of the island, who sought reconciliation with the Valar and Elves – this is the dying king in the Amazon series. He again tended the sanctuary of Eru and the White Tree of Númenor, and from Tar-Palantir comes the prophecy that with the end of the tree the line of kings of Númenor would also come to an end. 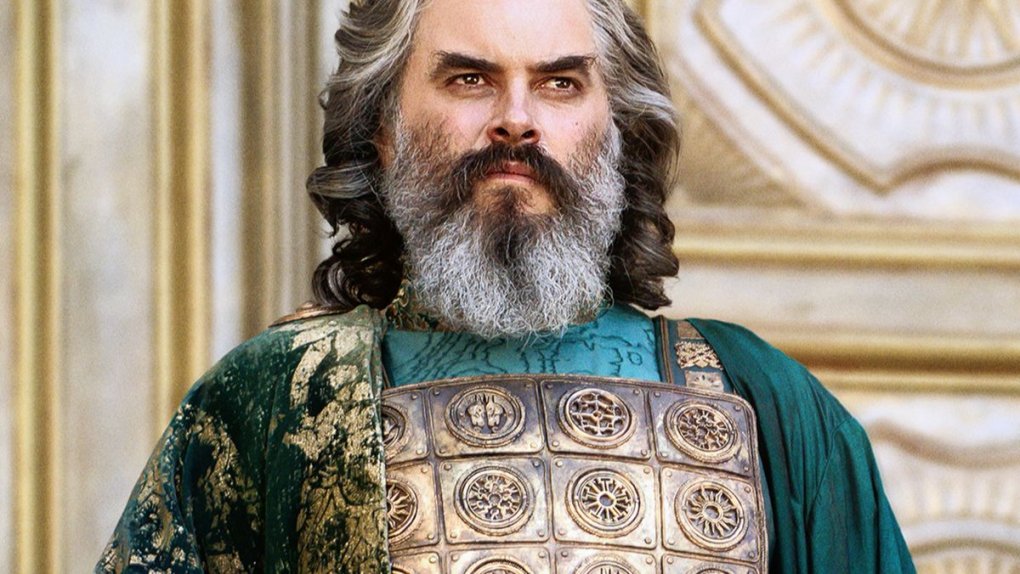 Míriel was supposed to succeed Tar-Palantir, but her uncle Gimilkhâd usurped the scepter after marrying her against her will, becoming the 25th and last king of Númenor: Ar-Pharazôn. You’ve already understood that his love for the Elven doesn’t go very far if you’ve seen Rings of Power – and a large part of the population is also on his side. The fact that the Númenóreans have longed for the Immortal Lands and the immortality of the Elves for millennia plays Sauron into the cards. He is captured by the Númenóreans after starting a crusade against the Dúnedain and attacking their colonies in Middle-earth.

Netflix had ideas for LotR series – Tolkien Estate hated them

Why was Amazon allowed to produce Rings of Power? A report reveals why HBO and Netflix were rebuffed by The Tolkien Estate.

Rings of Power: Tolkien Time – What is… an Istar?

The beauty of Lord of the Rings: Rings of Power is: People want to know more about Middle-earth? I’ll tell you this time… Istari!

Ar-Pharazôn launched a mighty fleet and Sauron surrendered to the Númenóreans, not without ulterior motives, of course. Initially held hostage on Númenor, he then rose to become the king’s closest adviser, not only leading the Númenóreans to worship Melkor (Morgoth), but whispering to the death-fearing Ar-Pharazôn that he must conquer the lands of the Valar in order to become immortal yourself. A gigantic fleet set sail, bound for the West. However, before the Númenoreans could start a bloody war that they would in all likelihood have lost anyway, Eru Ilúvatar changed the world. The Meneltarma erupted and the island sank into the sea. A mighty storm destroyed the fleet and those who had reached Aman were buried under masses of rock. Only the faithful escaped this catastrophe on thrice three ships.

Call of Duty Modern Warfare 2: The competitive mode, when is it for?

Townfall is part of the Silent Hill Anthology, according to an insider – there will be more games from indie developers