Also in the second half of October there are fresh new additions to the Xbox Game Pass. With A Plague Tale: Requiem, a real top title is also part of the game right at the launch. 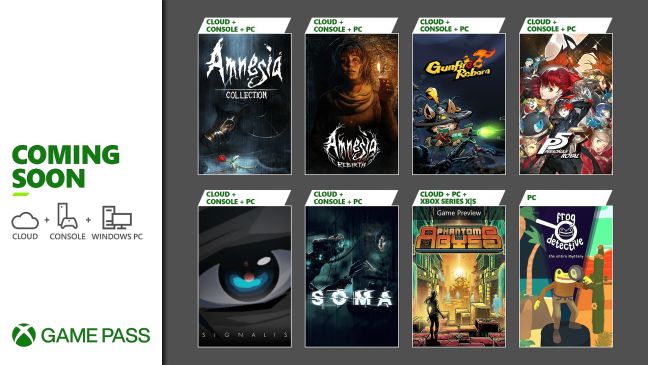 Microsoft remains true to its rhythm and announces new additions to the Xbox Game Pass subscription game every half of the month. The rest of October can also be seen again, which is primarily due to A Plague Tale: Requiem, which is now available. After all, this is the sequel to a real surprise hit, which is only available today.

With the Amnesia series or Soma, horror fans will also get their money’s worth for the Halloween month.

All new additions in the second half of October at a glance:

However, at the end of the month you have to say goodbye to some games, with Alan Wake: American Nightmare or Sniper Elite 4, for example, also featuring really well-known representatives:

A Plague Tale: Requiem – The launch trailer for today’s release

The long-awaited sequel A Plague Tale: Requiem is officially available today, Tuesday; Here’s the associated launch trailer for you.

Immortality: the heir of Her Story available free for Netflix subscribers

NASA: this robot can do something that no one had done on Mars