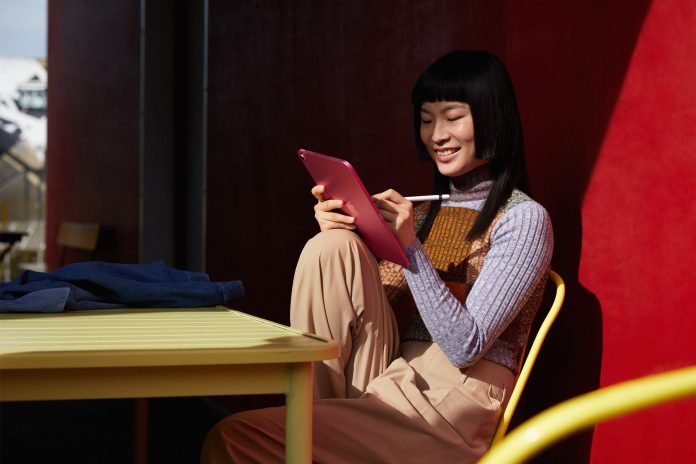 Apple’s iPad 2022 and iPad Pro M2 are the most expensive new iPads that Apple has released to date. The tablets will be available in Belgium from 26 October.

Apple announced the new iPad 2022 on Tuesday evening. It’s the biggest update to Apple’s “base model” iPad in years. It is particularly striking that the physical home button has been removed in exchange for more compact screen edges. They have been compared to the previous model namely much thinner and more in line with other iPad models. Thanks in part to the smaller bezels, the size of the tablet has decreased, while the screen has grown from 10.2 to 10.9 inches in diagonal. As we are used to from Apple, it is a Liquid Retina screen, with a Full HD+ resolution.

New iPad as a laptop replacement?

For the drive of the iPad 2022, Apple uses the -now obsolete- Bionic A14 chipset. The chipset was first used in the iPhone 12 series. Despite its age, the new chip design should ensure that the iPad 2022 is “three times faster than older iPad models,” according to Apple. What strikes us is that Apple sticks to a base model with 64 GB for the storage configurations. In a world where even cheap phones contain 128 GB of storage, that is no longer justifiable. 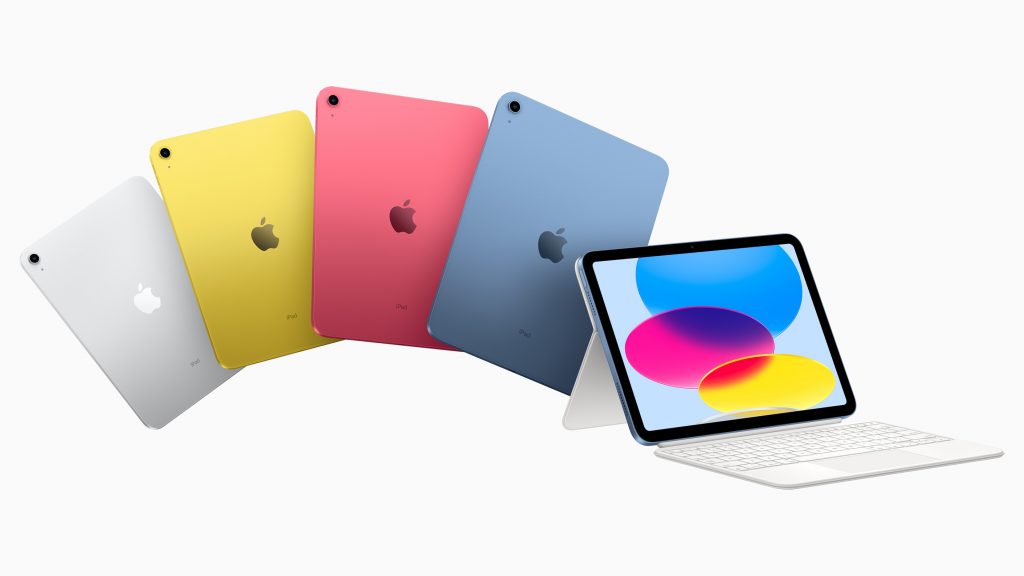 The different colors of the new iPad, image: Apple

All the more so because Apple hopes to be able to market its new iPads as laptop replacements. We recognize this strategy, among other things, by the camera on the vertical side of the tablet, with which the camera shows you in widescreen as soon as it is in a keyboard case, such as the Magic Keyboard Folio. As for the selfie camera itself, it is a 12 MP sensor with a maximum angle of view of 122 degrees. On the back of the tablet you will also find a 12 Mp sensor that can shoot 4K video.

What certainly appeals to us about the new iPad is the switch to USB-C. With this, Apple has transferred the last new tablet in its range to the new data port. We also see direct support for WiFi 6 and 5G on the 2022 model. The latter only applies if the model is purchased with a SIM card slot.

In addition to the new base model of the iPad series, Apple has also tackled the iPad Pro models from the inside. The most important innovation is the M2 chip that drives the tablet. Like the previous generations, the tablet is available in 11 and 12.9 inch variants. Apple is said to have upgraded the screens on both models. This should provide better black values, in addition to giving you a variable refresh rate up to 120 Hz with Apple’s ProMotion function with these panels. 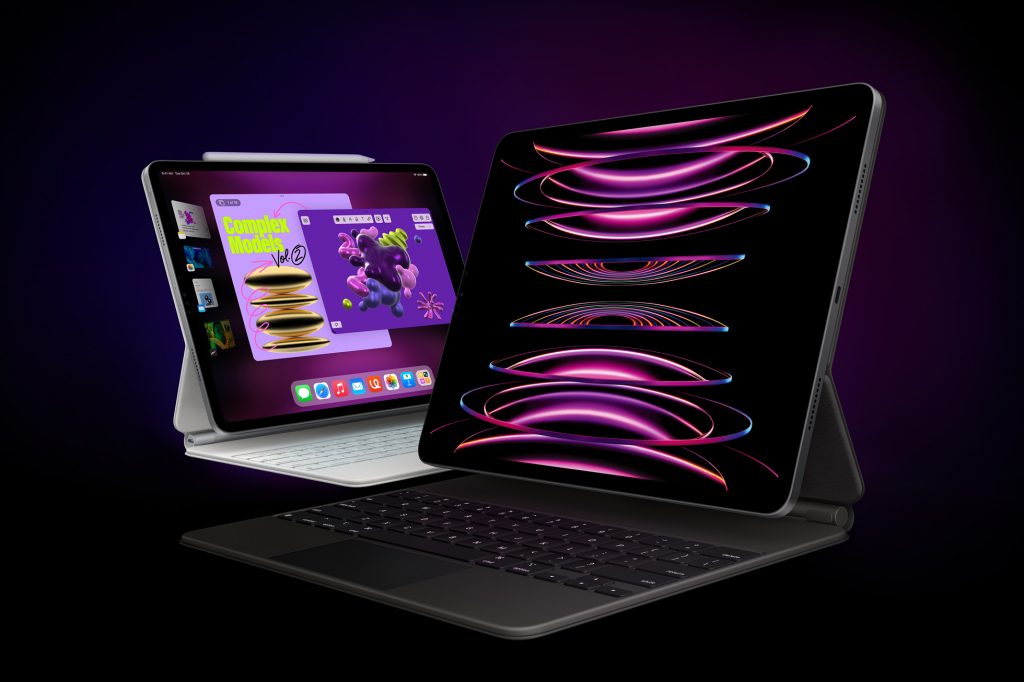 Apple has made a lot of progress with the basic model of the iPad. This is at the expense of the accessible suggested retail price of the previous generations. Below you will find the different available configurations of the iPad 2022 and the iPad Pro. Both iPad models will ship from October 26.

Haney did not name Lomachenko among the likely next opponents

DIGMA launches SSDs up to 4TB