Google, which has not paid due attention to Android tablets for a long time, nevertheless decided to change its attitude towards this segment of devices. Last year, a special version of Android 12L for devices with large screens was announced, and in May at the Google I / O conference, the company promised to optimize more than 20 of its own applications for tablets. The first was the Chrome browser. 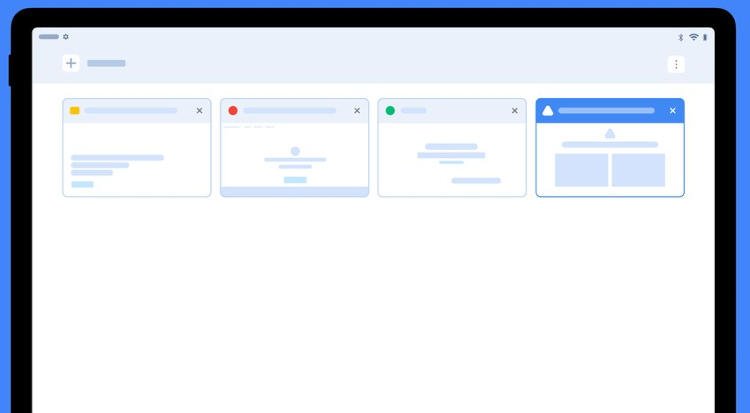 With the next update Chrome for Android tablets has received improved tabbed navigation – switching between them is done by simple swipes on the address bar. As an additional tool, there is now a tab view with thumbnails in a grid layout, which is useful in case the tab title cannot be read. Previously, this feature was implemented in the version of Chrome for smartphones.

Google has also added the ability to quickly share data between applications via drag-and-drop to the browser. By limiting the browser’s viewing area to half the screen, you can now drag links, images, and text from Chrome to other apps: Drive cloud storage, Keep notes manager, and office suite programs.

In future versions of Chrome for tablets, the developer also promised to add a tab grouping feature, which debuted in the desktop version back in 2020. “Whether you prefer a mouse, stylus, or fingers, Chrome for Android should feel as familiar and intuitive on a tablet as it does on a computer or phone. Whether it’s easier navigation or a visual tab grid, switching to desktop mode, or quick tab search, we’re constantly exploring new ways to make Chrome’s experience on an Android tablet easier and more enjoyable,” said Lola Adams, product manager, Chrome division.

Taiwan will take steps to maintain its technological edge

Indiana Jones to be made into a TV series

Pep Guardiola: Haaland is not 100% ready, we don’t want to take risks