While the townsfolk are animatedly discussing the prospects for introducing automatic taxis for transporting passengers, the transport industry is actively working to create means of automating cargo transportation. One company in the industry, Kodiak Robotics, this week announced the success of an IKEA cargo transportation experiment in Texas on a route of almost 470 km without driver intervention. 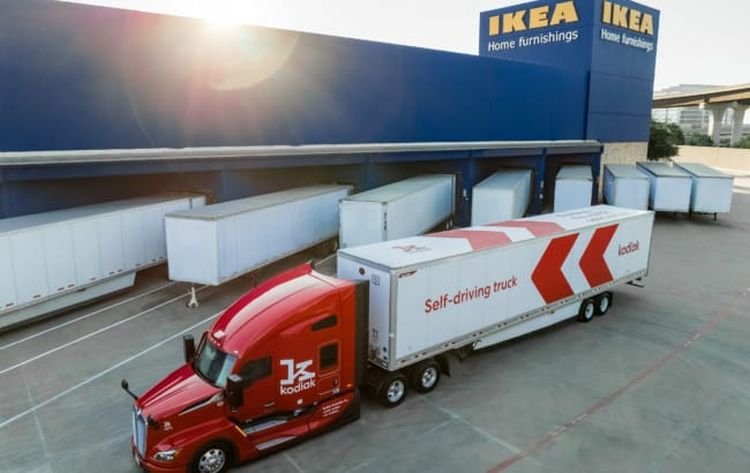 The experiment itself started on August 8 this year, according to Press release. Since then, chauffeur-driven autonomous trucks have been driving about 470 km daily between Baytown and Frisco, transporting goods for the IKEA chain. In fact, according to the source, the driver’s functions are limited to receiving a semi-trailer with goods in the morning and accompanying him behind the wheel of a truck to the destination, which is reached by the evening of the same day. The pilot project involves cooperation between IKEA and Kodiak Robotics for three months, if it demonstrates good results, a multi-year contract will be signed to service the relevant retail chain.

This is not the first experiment of its kind on US public roads. Firstly, Kodiak Robotics itself launched commercial unmanned transportation on four routes, the first of which was mastered back in mid-2019. Secondly, Waymo, part of Google’s Alphabet holding company, is also conducting experimental long-distance transportation of goods on public roads in the United States. According to studies, automatically driven diesel tractors consume on average 10% less fuel than similar vehicles driven by drivers.

Aroged: The results of PC sales for the “bachelor’s day” in China disappointed market participants