Netflix seems to have big plans when it comes to gaming. Currently there are only a few mobile games via Netflix, but a cloud gaming service is apparently not ruled out. 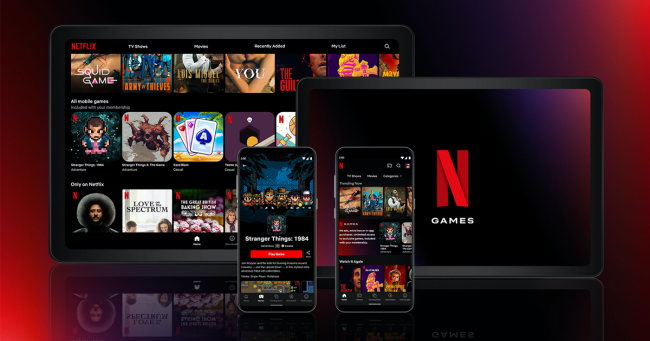 Netflix seems to allude to gaming as the streaming service’s second mainstay. Although the provider has been quite cautious so far and has focused on mobile games in the Netflix range, they are now apparently toying with the idea of ​​setting up a cloud gaming service.

At least that’s what Mike Verdu, Vice President of Gaming, says. In the context of the TechCrunch Disrupt he expressed this at least very clearly. “It’s an added value. We’re not asking you to take out a console replacement subscription,” Verdu said onstage. “It’s a completely different business model. We hope that over time it will become a very natural way to play games wherever you are.”

Given the impending shutdown of Google Stadia as a deterrent example, he said that Google’s service was at least technically on a strong footing if Stadia would have failed primarily because of the business model. So it seems like Netflix isn’t aiming for a separate service to have to buy the games there separately, but to offer cloud gaming as a service, similar to NVIDIA’s GeForce NOW.

Another indication of Netflix’s seriousness about gaming is that it has now built its fifth developer studio in Southern California, with former Overwatch Executive Producer Chakko Sonny at the helm.

Since announcing its entry into the gaming industry, Netflix has 14 games in development in its own studios and currently has 35 games on the service. According to Verdu, Netflix currently has 55 games in the pipeline. These games include experiences based on proprietary IPs like Stranger Things, as well as licensed brands like SpongeBob SquarePants.

A PHOTO. Obviously not himself. Redkach scoffs at Zelensky

Need for Speed ​​Unbound: These extras get pre-order - new gameplay!