All RTX 4090 models have one thing in common. The high-end graphics cards are solid blocks reminiscent of bricks. Five of the six custom designs tested occupy at least three slots on the PCI panel and protrude far into the PC. If you want to buy a new Geforce RTX 4090 (PCGH test), you not only have to pay attention to the performance of your own power supply unit, a compact PC case can also quickly become a problem here. However, if you can free up at least a space of 35 × 7.5 × 13.5 cm in your home case, you can accommodate any of the six custom designs.

Of course, the size of the heat sink and thus the size of the graphics card is decisive for the cooling performance. With a total board power of 450 watts, most cards need it. MSI’s Suprim X Liquid even has an impressive 480 watts, which should be dissipated using AiO water cooling. Of course, there is also the option of manually increasing the power limit with an RTX 4090. The manufacturers are self-confident here and stand behind their bulky cooling solutions. Gigabyte, Asus and MSI offer (in addition to Nvidia itself) models that allow an increased power consumption of up to 600 watts. The power limit can be increased by up to 33 percent using tools such as MSI Afterburner or Nvidia Inspector. 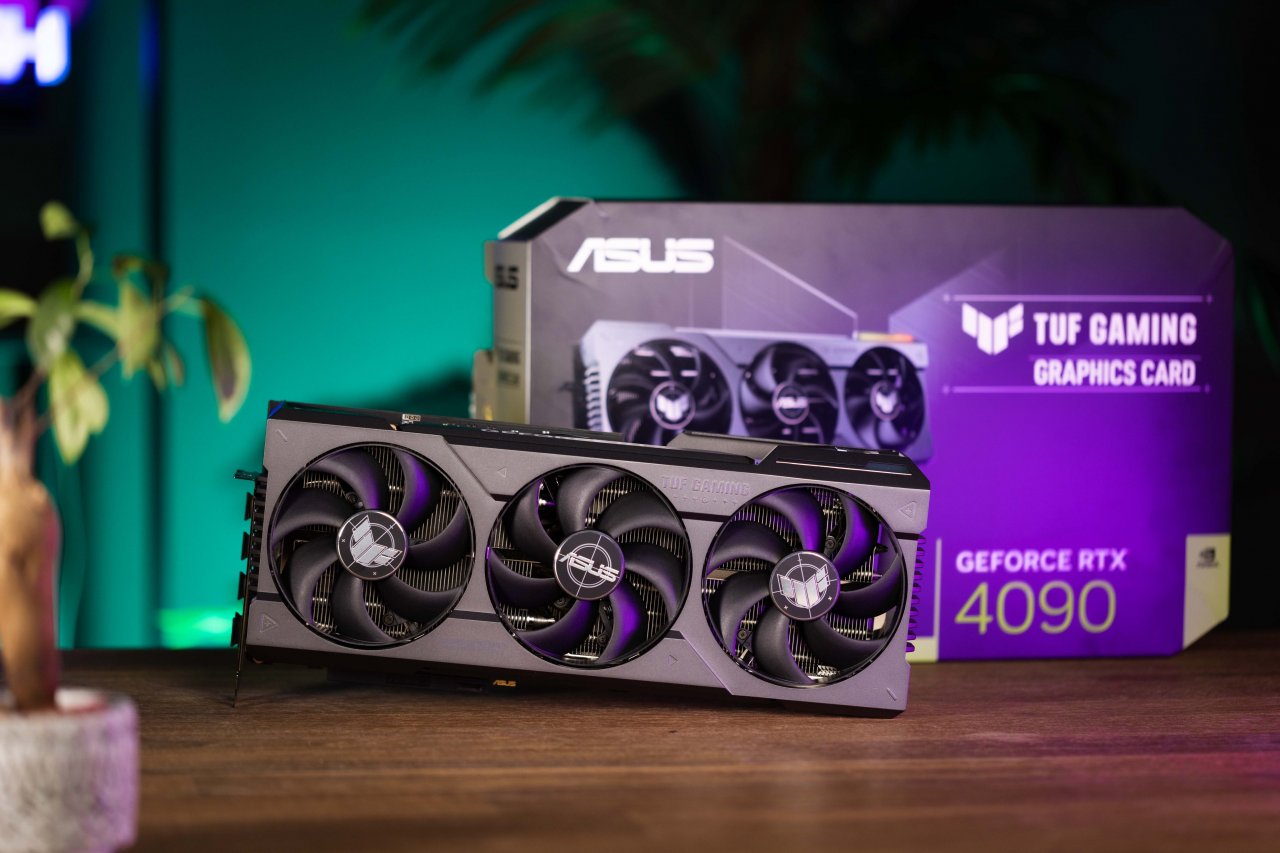 In order to capture the most important cornerstones of the new designs, we put each graphics card individually into our test system. The system has an open design and is powered by an 850 watt power supply. Components like the CPU don’t play a role in our Ultra HD test, which is why it’s a Core i9-10900K. The GPU is mainly used in the test and all influences of the CPU are left out. The waste heat from the processor is also kept away from the graphics card with the help of AiO cooling. The temperature in our office is around 24 °C, where we carried out our tests.

In order to simulate realistic conditions, we decided to test a game scene from the graphic monster Cyberpunk 2077. The settings should reproduce the ultimate graphic load: 4K, ultra preset, raytracing psycho and DLSS quality have established themselves as the optimal scenario.

After a ten-minute warm-up phase, we completed our gaming benchmark “Red Light Alley” in three runs and accumulated fps and frame times. The average result of this test can be used as an indication of the performance of each card. To give the whole thing even more weight with theoretical data, we also measured the clock rates under full load. However, since it is not just about the set clock rates of the custom models, but also about the cooling performance, the chip temperature is also included in our test. We haven’t been able to carry out a volume test yet, this will be submitted later in the detailed test article.

On the following page you will find the first results of the Asus TUF Gaming RTX 4090, Gigabyte RTX 4090 Gaming OC, MSI RTX 4090 Suprim X and RTX 4090 Suprim Liquid X, Palit RTX 4090 Game Rock and Zotac RTX 4090 AMP Extreme. We also draw a first conclusion on the custom designs with RTX 4090 that we have received so far.

Snapdragon Connect, Sound, Sight, Elite Gaming, Secure: what do these logos mean for your smartphones?

Actually forbidden on Sundays: Most tenants do it anyway

All knives in A Plague Tale: Requiem - where to find