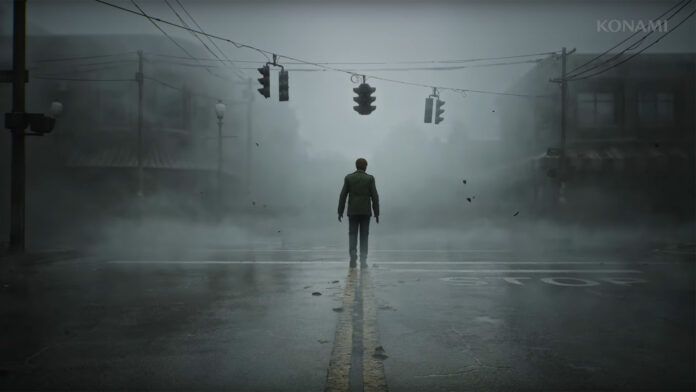 Silent Hill 2 Remake is reality, this time Konami said it. A marathon, that’s what it was. Of those that would make a notorious La7 journalist proud. It all ended – and started over – in 2015. Then Hideo Kojima had to do with it, to whom Konami after – we suppose – so much insistence had finally entrusted a new chapter of the saga which, perhaps, better than any other represents the concept of Psychological Survival Horror.

April 2015 kicked off a series of situations that made us lose a lot of the trust we had in Konami. Downpour (released in 2012) didn’t quite satisfy us. But something entrusted to a visionary medium like Kojima? Something that would have boasted the participation of Guillermo Del Toro and Norman Reedus? That yes, we would have liked to see it.

The project, however, was canceled. In the months immediately following we had Metal Gear Solid V. Kojima definitively left the company where he had also sat as vice-president. In 2016 the declaration of wanting to focus, mainly, on lower cost but more profitable productions (see PES and Yu-Gi-Oh!) And on the mobile world. In 2017 Metal Gear Survive. And then?

And then a lot of ‘silence’ on their part. Closed and hidden in the fog they worked, it was said. The noise was made by the others, from the top of hills that had erected themselves in an attempt to dominate the voice of others in that swamp that is the social world. And U.S? Meanwhile, we were losing confidence and hopes. Every occasion was good to say that enough, Konami could no longer be trusted. She was no longer interested in playing games like before. Underneath, however, to those voices screaming in the fog, we listened. We wanted to believe that somewhere, in a closet or some basement, any one of the Konami employees has reduced the upper floors to reason.

Rumors chased each other. Many, too many times we have been told: “now they present it”, “certainly at the next event” and then the increasingly punctual “have moved it to the last. Next time is the good one “. Sometimes there was even some testimony. Even there, however, as after a beautiful and painful love story, we lived the dualism that broke our hearts in half. On the one hand, nostalgia and unconfessable desire that that ex who had made us suffer so much had really changed and was ready to return to give us the same joy he gave us when we first fell in love. On the other hand, pure logic. Almost an instinct of self-preservation for which we knew that, at the cost of appearing cynical, we were not supposed to believe those rumors. We needed a gesture of true love.

That gesture of love, perhaps, there was. Yes, this piece was just meant to tell you that Konami has announced Silent Hill 2 Remake and a few other things. Forgive me and forgive us but, in this moment, you can imagine us dissolved in a liberating cry. One of those cries that only a love story can generate.

Real beat Elche on the road. Lunin had a great clean sheet

Interesting Sim Only offer at Youfone during smart choice deals

Tomb Raider: Unreal Engine 5 aims to take storytelling to the next level