Soon you can finally sync your iPhone photos to Windows 11

The latest Windows 11 update, unveiled alongside new Surface products, will enable the Photos app to display snapshots captured from an iPhone. 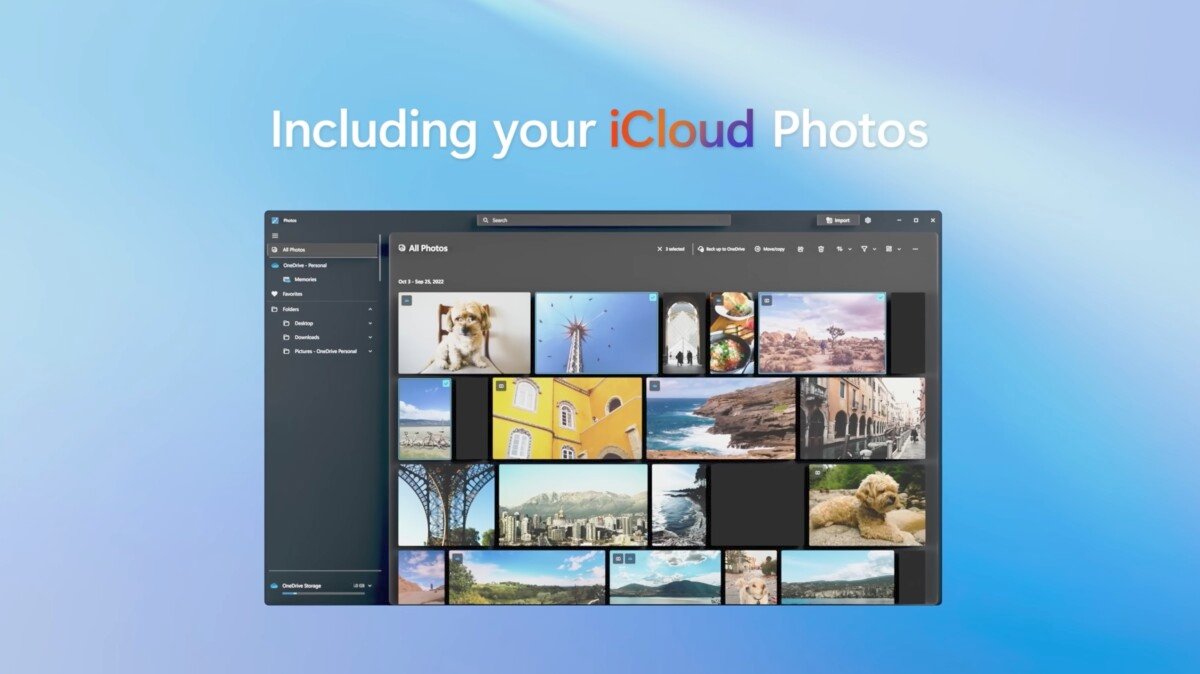 Microsoft will soon allow you to synchronize an iCloud account to its Photos application on Windows 11. The goal? Instantly find photos taken from an iPhone. However, this novelty is not yet deployed on a large scale. Understand that if you want to take advantage of it now, you will have to go through the Insider program to test it in beta.

This synchronization of iCloud on the Photos app emerges anyway at the same time as a batch of new Surface products, presented last Wednesday, and alongside the announcement of native ARM support for the Xbox app… a bigger novelty than you might think.

As TechCrunch points out, the synchronization is done by first going through the iCloud application for Windows. It is thanks to her that we can see iCloud photos, taken with an iPhone or iPad, or simply synchronized to your account, directly in the Windows Photos application. Note that this new feature is only possible through iCloud. If you don’t use iCloud Photo Library, your photos won’t be able to automatically appear on the dedicated Windows 11 app.

“We’re making it easier than ever for customers to access their iPhone photos and the Apple entertainment they love on their Xbox and Windows devices,” Microsoft told Cnet.

Note that the (small) rapprochement between Apple and Microsoft on the software level had already allowed Xbox to host the Apple TV application two years ago. More recently, Apple also announced the arrival of its music streaming service Apple Music on Microsoft consoles, and the upcoming launch, on Windows 11 this time, of the Apple TV and Apple Music applications.

How to activate synchronization?

If all these steps are followed, then you should find an iCloud tab in the Windows 11 Photos app, where all the photos synced to your iCloud Photo Library will be downloaded as you go.

Insider: Avowed is in good shape, the change in team leaders has benefited the game

Activision Blizzard is ready to fight for a deal with Microsoft